If you're running the stable version of Firefox right now, you probably know it hasn't changed much in years. Mozilla says that after nine years, it was time to rethink how its mobile browser worked, and that's why it released Firefox Preview (previously called Fenix) in March 2019. On January 21, Mozilla will roll out a new version of Firefox Nightly based on the Preview version. That means you'll see the new UI, tab "sessions," enhanced tracking prevention, a faster engine, and more. 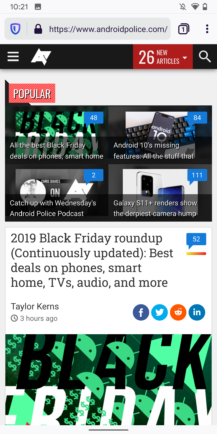 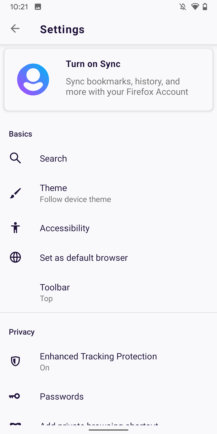 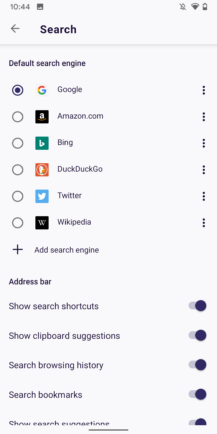 Nightly builds are intended for developers or the super-curious—they'll be too unstable for long-term use for most people. Mozilla recently announced an accelerated 4-week release cycle for 2020, but it sounds like this update will be a bit slower. The Beta channel will move to the revamped Firefox in the spring, and the Stable channel will get the update in the first half of the year. Importantly, Firefox Preview still doesn't have support for extensions. If you need those, you'll have to stick to beta or stable for the time being.

Following the migration of Firefox Nightly, more Firefox Beta users are also receiving an update based on the new Preview version of the browser, as announced back in February. The software relies on a rewritten, faster rendering engine and has more granular privacy controls built-in. In contrast to its predecessor, it only supports one extension, uBlock Origin, and it might take some time until full add-on support is back. If you don't want to wait for the update to hit your phone automatically via a Play Store update, you can also download the new Firefox Beta version 75.0.0-beta.4 over on APK Mirror.