The Nokia 8 Sirocco, which dates all the way back to 2018, is getting its Android 10 update. It's rolling out starting today, with a handful of folks in international markets getting it now, and a full rollout scheduled for April 20th, if nothing goes wrong.

The Nokia 8 Sirocco first landed with Android Oreo, though it picked up Android 9 Pie back in 2019. Although the company initially promised that the phone would get Android 10 by the end of Q1 2020, it appears to have been slightly delayed by a few weeks — understandable, given the pandemic. 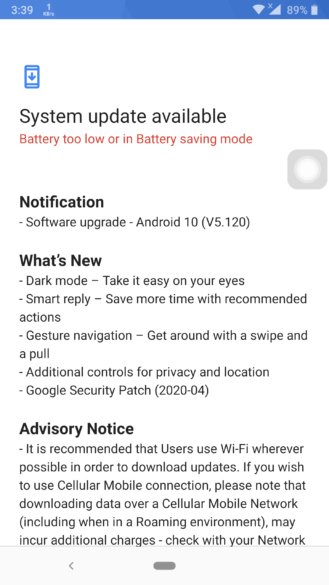 Screenshot of the update changelog. Image via Nokia Community Forums.

This first wave of updates includes the following markets:

Once it finishes rolling out, that means the Nokia 8 Sirocco will have gotten two major Android version updates, more than most devices get.

Pokémon Go's new Remote Raid Passes will let you join the fight while social distancing, but ...