OnePlus' new rapid wireless charging tech is something to behold, and in our testing, lives up to the hype. So how did OnePlus manage to send 30 Watts of juice across a wireless coil when most other brands max out at a comparatively measly 10 or 15? A lot of it's just down to heat management, and the official OnePlus wireless charger sure is doing a fair bit to achieve the necessary results. 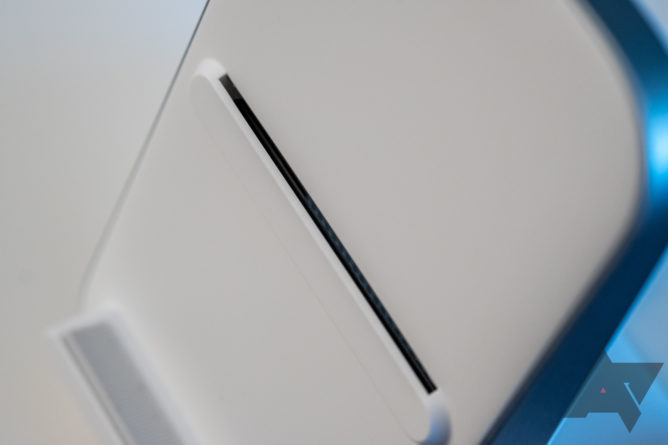 You can see the air inlet that sucks warm air away from the phone while it rests on the charger.

For one, unlike some wireless chargers in the past with fans, OnePlus' unit isn't just cooling the charging coil and components: it's cooling the phone. On the charger, you can see an inlet where the phone sits that's sucking warm air away from your phone as it charges, performing the critical task of keeping the battery cool. In our testing, this method seems successful: our OnePlus 8 Pro review unit only experienced a marginal increase in temperature versus the company's ultra-fast wired Warp charge when on the wireless charger, which is an experience I believe is basically in line even with slower wireless chargers on phones like Samsung's Galaxy S20. 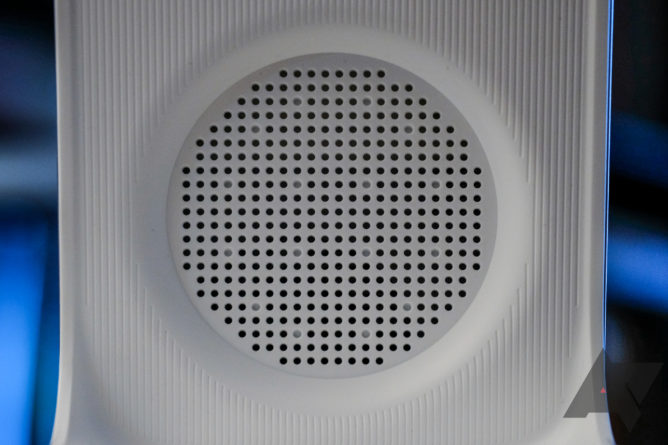 The fan outlet on the rear of the wireless charger.

We do think the fan is a little on the loud side (Ryne says he wouldn't want it on his nightstand while he slept, but I've yet to try it out), but given the speed advantage of OnePlus' new system here, I think that's fairly forgivable. And, given the OnePlus 8 Pro can charge at regular 5W and 10W Qi speeds on compatible chargers, there's no need to make that sacrifice if you don't want ultra-quick wireless charging. But for those of who do—and I count myself among that group—I'm pretty much OK with it. Keeping my phone topped up wirelessly has become second nature, but for those times when I do want a quick charge, I'd rather do it wirelessly than wired if given the choice. And now, there's finally a way to do it.

The OnePlus 8 Pro and its wireless charger support normal Qi charging, too