Nubia’s last flagship is barely a few months old, but that's not stopping the Chinese company from adding a new high-end handset to its gaming-focused Red Magic line. Keeping up with the growing trend of 5G-enabled phones, Nubia has announced the Red Magic 5G for its home market with standout features like an air-cooling system and a high-refresh-rate screen.

There is an unsaid rule in this industry: A handset cannot join the gaming-phone club unless it has a flashy design complete with some sort of RGB lighting. The Red Magic 5G does exactly that and takes it a notch higher with its multi-colored, multi-textured rear finish. Besides these hues, the device aims to draw your attention with two vents on its sides, which are used for maintaining the airflow using a miniature cooling fan, mimicking the sort of setup laptops have. Combined with liquid cooling, it helps keep the CPU temperature down and curbs  heat generated from charging with a 55W brick. 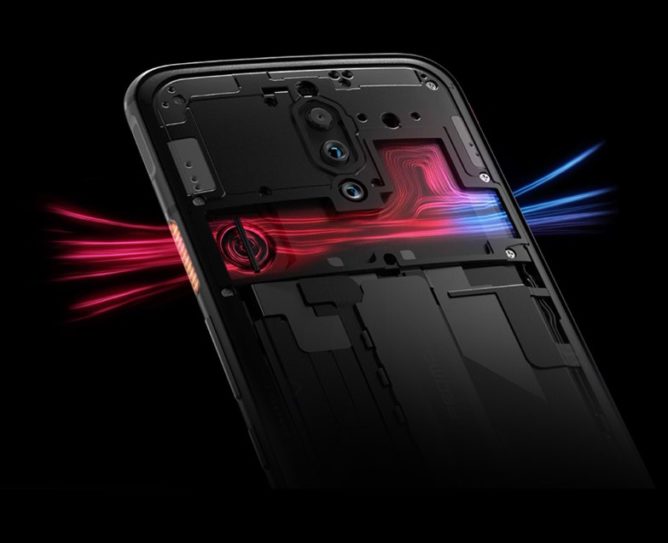 For allowing smoother visuals when gaming, the Red Magic 5G’s 1080p AMOLED screen refreshes at 144Hz, which is perhaps the highest rate on any smartphone. It rocks a Snapdragon 865 along with up to 16GB of RAM and 256GB of on-board storage. The triple-camera system on the back includes a 64MP primary sensor, while the handset packs a 4500mAh battery along with an in-display fingerprint reader. It comes running the custom Red Magic OS, which is based on Android 10. 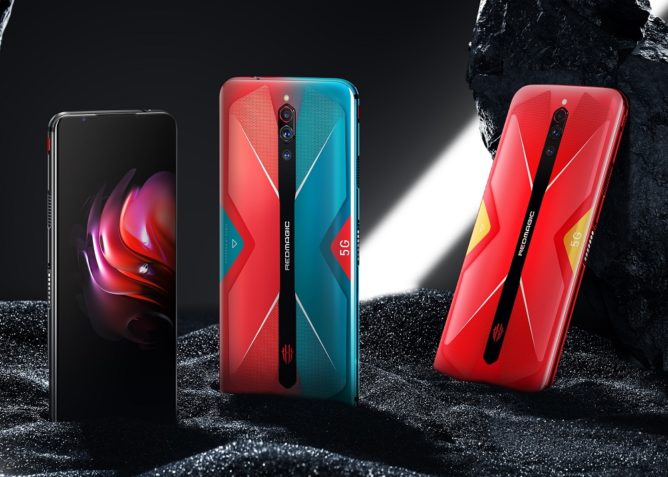 Eyeing some attention before the Red Magic 5G’s international debut, Nubia is running a contest on its website with several interactive missions lined up, which can even earn you a Red Magic 5G. The handset is already on sale in China and is set to arrive in global markets sometime during the next month. It starts at ¥3,799 ($545) for the base 8GB+128GB model and goes all the way up to ¥4,999 ($715) for the top tier 16GB+256GB model. The highest-end configuration is only available in the red and blue gradient color, while you also get the option to pick from 12GB+128GB and 12GB+256GB configurations for ¥4,099 ($590) and ¥4,399 ($630), respectively.

Nubia has announced that pre-orders for the Red Magic 5G are now live. You can deposit $30 to get a voucher to buy the phone as one of the first when it launches April 21. Every day leading up to that date, the first 100 customers will also be able to get the voucher for $5.79, saving them $24.21.

The Red Magic 5G will be available in the US, Canada, the UK, the EU, and a few more countries around the world: Australia, Hong Kong, Israel, Japan, Singapore, Indonesia, Taiwan, and Macao.