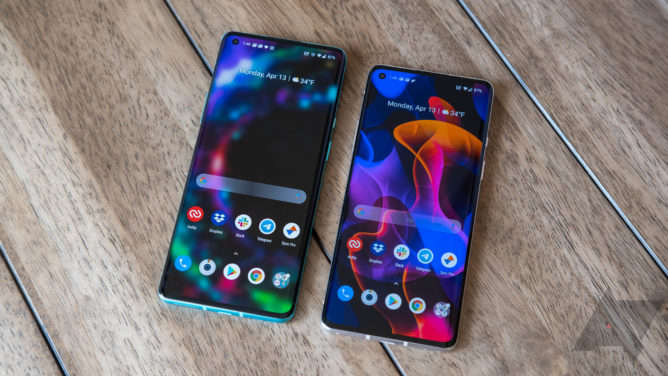 The OnePlus 8 Pro is the phone fans of the company have dreamed about for years. It’s got a top-of-the-line processor, a beautiful screen, it’s faster and smoother than ever, and it finally has both wireless charging and an IP rating. Oh, it’s also got 5G, which means it’s quite a bit more expensive than the 7T Pro — at least it’s still cheaper than competitors with similar specs.

If you’re not willing to pay the premium for premium features, you can get the OnePlus 8 instead. It looks like a OnePlus 8 Pro but shares a number of the same specs as 7T for $100 more. If you’re looking for a 5G phone in the US that won’t break the bank, you won’t find one cheaper right now. Its screen is almost as big, but it’s only 90Hz like the previous generation. Many of the best features still remain, like a rapid fingerprint scanner, fast wired charging, and blazing fast performance all round.

For full specs and further details, check out our full announcement post or take a look at our reviews (OnePlus 8, OnePlus 8 Pro). 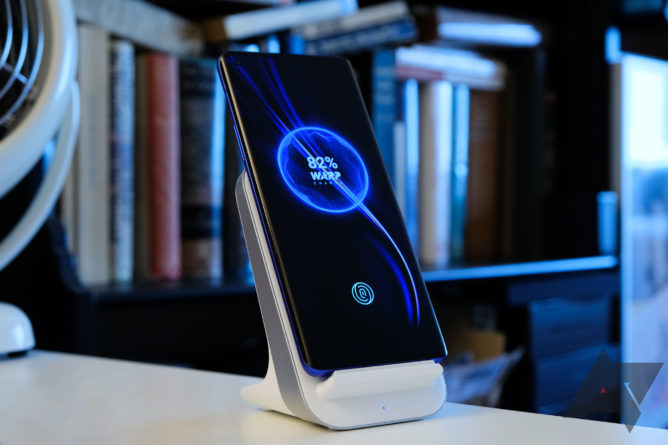 While the OnePlus 8 Pro will charge wirelessly at 10W with existing Qi chargers, how can anyone live with that when you know it can be topped up far quicker with a new, proprietary accessory. It’s not cheap at 70 bucks, but its 30W output means your phone will go from 0 to 50% in roughly 29 minutes, which is almost as fast as the iconic red cable can manage these days. It’s so powerful that it has its own fan to aid heat dissipation — how badass. 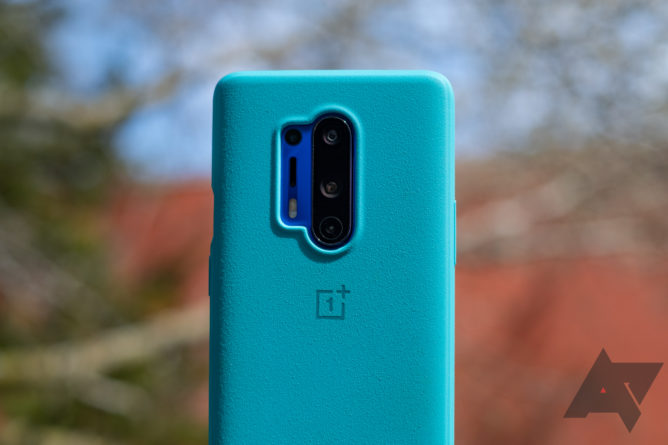 OnePlus has always been the king of cases, especially those that mimic the textured back of the OG OnePlus One. The fit and finish are impeccable, and now the company is upping its color game just as it has done with its phones. You can now get the Sandstone Bumper Case in Cyan or Smokey Purple, in addition to the more traditional black, and they are extremely pretty. The usual selection of nylon, TPU, and carbon-inspired case are also on hand to keep your new phone looking sharp.

As you saw during our keynote, we're cooperating with André for some limited edition #OnePlus8Series accessories. Learn more about him and his amazing work.
➡️ https://t.co/DGxiElkkIL pic.twitter.com/VRSoHA6Wlt

There are also some limited edition designer cases if you're looking to add some even more artistic protection to your device. The examples above were created by street artist André Saravia.

Not quite the true wireless earbuds many had been expecting, the new Bullets Wireless Z are instead a cheaper version of the Bullets Wireless 2 that launched this time last year. Battery life has been bumped up to 20 hours, and you can still get 10 hours from a 10-minute charge (over USB-C). With an IP55 rating, they’re good for exercise or getting caught in the rain, and the low-latency mode ensures audio-visual precision. The best thing about them is the price — at $50, they’re half the price of the Bullets Wireless 2. Black, blue, mint, and oat colors will be available to purchase, depending on your region.