The Pixel 4 and Android 10 brought us a new approach to biometric unlocks in the form of face recognition. To implement that technology, Google had to introduce a biometrics API that isn't compatible with the fingerprint interface of old. That's why all apps that have previously supported biometric fingerprint authentication have to be updated to work with the new API, which seems to be a painfully slow process. The latest app to add biometric face unlock is Discover's banking app.

Once you update to the latest version of the credit card application on your Pixel 4 (or another phone that supports the API), you'll be greeted by a prompt that asks you if you'd like to enable face unlock. When you do that, you won't need to fill in your password over and over upon opening the app anymore. A tipster warns us that the feature might not work if you're already running the Android 11 developer preview, though, so keep that in mind.

The face unlock functionality comes as part of Discover Mobile version 20.4.0. It should already be rolling out on the Play Store, but you can also get it from APK Mirror. 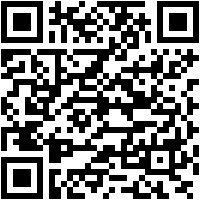