With Android 10 now rolled out to most of the phones that are likely to get it (barring a few exceptions), and us keeping a close eye on device updates, it's time to compare numbers. What version of Android is your phone running right now? We're especially curious to see how our reader's numbers compare to the newly discovered ones published by Google in Android Studio.

Once upon a time, Google was happy to publicly spread information regarding how many folks were using which versions of Android, in regularly published so-called platform distribution statistics. That practice abruptly stopped back in 2018, with just a single update between now and then. Probably, some executives got wise to the fact that seeing major new releases take months to hit statistical significance and years to reach ubiquity didn't paint a great picture. 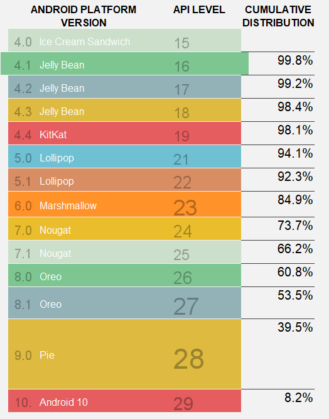 Now, Google's Android platform distribution statistics are kinda-sorta back inside of Android Studio. It takes a little bit of subtraction to make a direct comparison, but the same basic information is there. 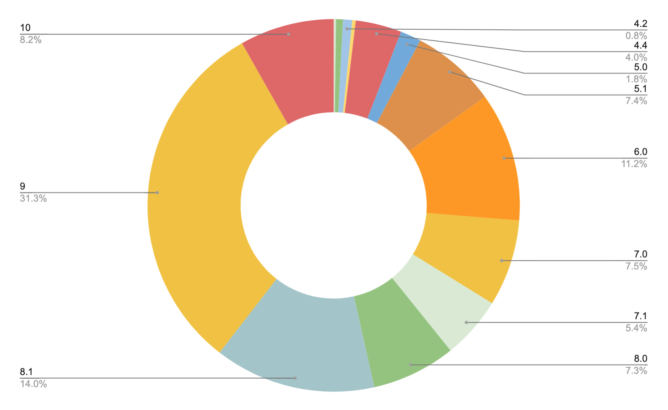 A bit easier to visualize as a chart.

So, how do our Android Police readers stack up against the average? For the purposes of this poll, if you have more than one Android device, think of your "primary" one. For example, whether you consider that your personal phone or your work phone is up to you. If you aren't sure how to find that information, it should be somewhere in the Settings app, usually under "About" or "About phone" and sometimes under a section specific to software. (And if you don't have an Android phone, this poll doesn't apply to you, sorry!)

Tip: Google Opinion Rewards can be spent on YouTube Premium, Google One, Stadia games, and more