If you have an Android tablet or an iPad, you've likely installed the native YouTube app on them to enjoy your videos. But for those of you who haven't, and for anyone who's browsing YouTube on a touch-enabled Chromebook or PC, you'll be glad to know the website is now better suited for touch interaction.

The changes span different types of interactions and include larger buttons, a couple of gestures, some new options, all of them aiming to make youtube.com more accessible on touchscreens.

First, you'll notice that any video thumbnail — whether on the homescreen, in search, in your subscriptions, or anywhere really — has a visible three-dot menu button. These buttons used to only show up after hovering, which meant they required you to have a mouse or trackpad. Now you can easily tap them and add the video to your queue, your Watch Later, any playlist, and take other available actions depending on context.

Three-dot menu reveals actions to take on any video.

Another improvement affects the video player, which now features large playback and control buttons. I had to force "Desktop mode" in Chrome on my Huawei MediaPad M5 to see them, but hopefully the site will later detect the browser agent properly and show them immediately without any interaction on the user's end. 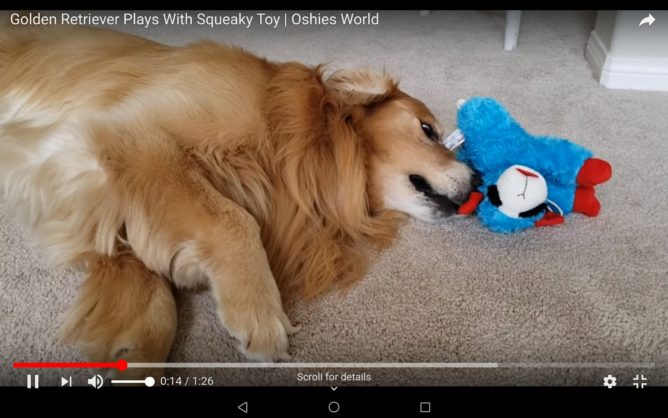 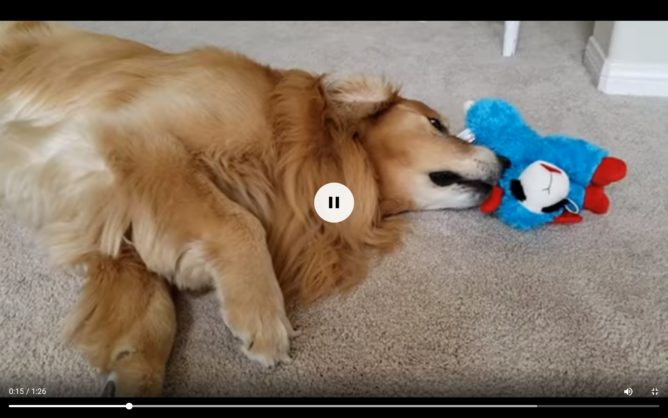 YouTube also says there are new gestures to switch to fullscreen (swipe up) or the miniplayer (swipe down), but they didn't work for me on my tablet. Maybe they're only available on the iPad or it could be that they didn't roll out to everyone yet. The only gesture I was able to use was enlarging the miniplayer by swiping up on it.

Another addition is the new Move to top/bottom option when reordering your playlists. You no longer need to drag-and-wait-and-drop to quickly arrange some videos. 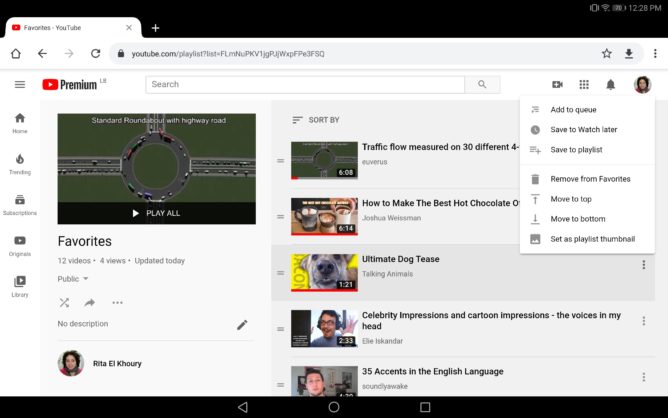 Move to top or bottom to quickly reorder your playlists.

And finally, the website now separates your history by day, so you can see which videos you watched on any given day. 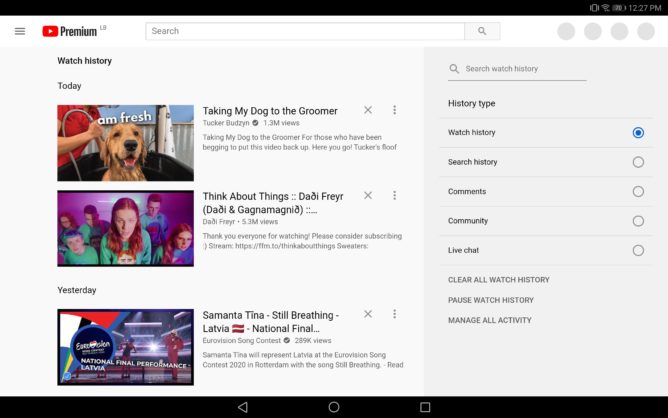 All these changes should hopefully make YouTube's website more accessible for anyone using it on a touch-enabled device. They began rolling out in March, but should now be available to everyone.

Sorry Huawei, the P40 Pro without Google apps is just too broken to live with