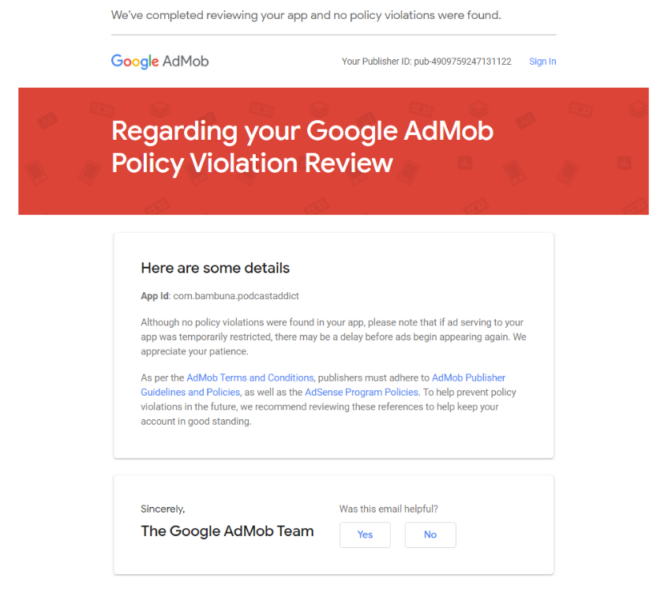 Google's automated system checks strike again. A few months after the silly removal of ads from Podcast Addict because of the existence of adult podcasts, the app has lost ads again for another nonsensical reason. This time, it's the mere concept of podcasts that's eluding the Play Store's bots, which are citing "Copyrighted material: Unauthorized Filesharing" as the reason for the ads' removal.

Any of the hundreds of podcast players on Android, be it Podcast Addict, Google's own Podcasts, or Pocket Casts, don't host any content. They just index public RSS feeds and aggregate it in an easy way for you and me to browse and enjoy. There's no 'filesharing' and certainly no 'copyrighted material' issue there. 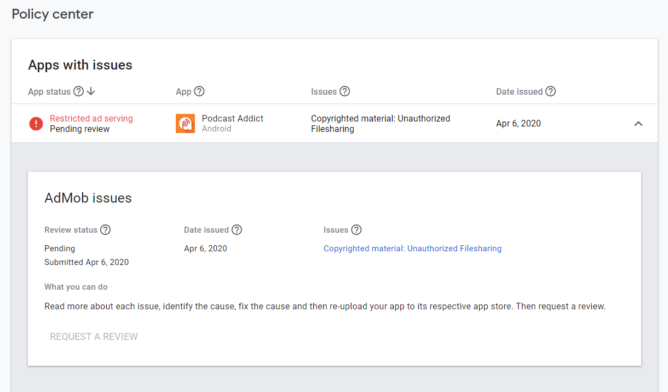 With Google's review processes running slower than usual, this issue could go remain unsolved for a long time, hitting the developer's income hard at a time when they need it more than ever.

Guilemane wrote back to tell us that Google's review concluded that his app did not violate policy. Fortunately for him this time around, he only had to wait literally one day for judgment instead of 3 months. 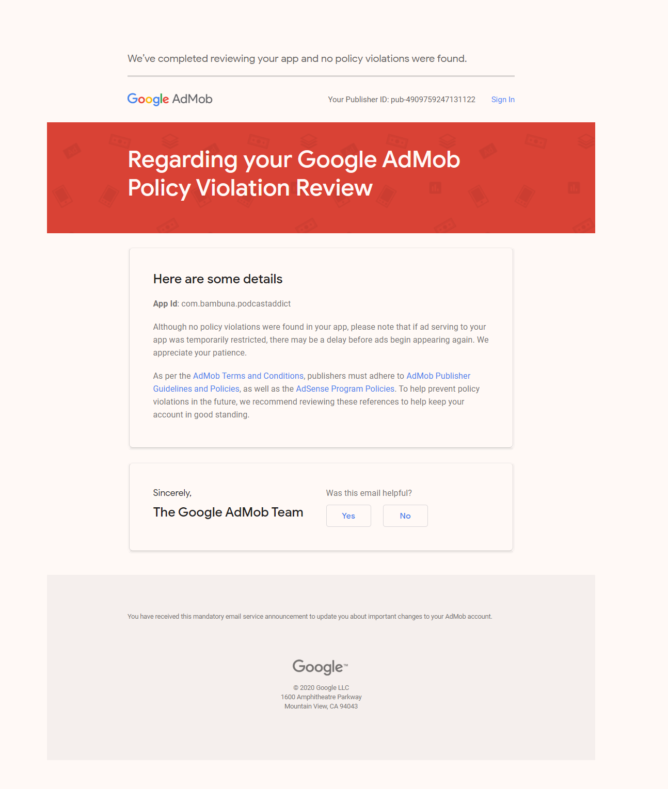 Netflix adds support for Bixby Voice, as promised at Unpacked