TCL has taken today to remind us that it's upcoming 10-series of phones is, well, still upcoming. Reiterating most of the details we learned back at CES, we were previously told that more details for the phones would land at MWC — which, of course, didn't happen. In its latest announcement, TCL has added a few new pieces of information for its three upcoming, self-branded handsets, including more precise specs, pricing, and availability. 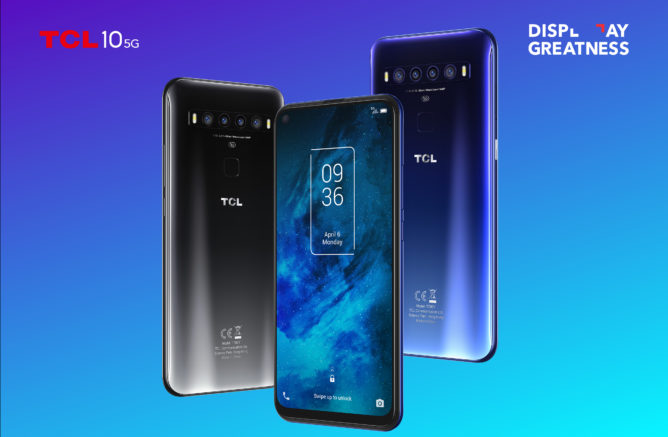 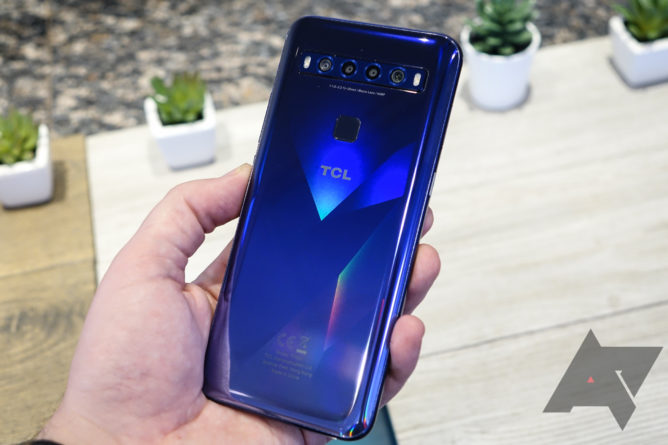 Released details for the TCL 10 5G generally match what we knew earlier in the year. Although the precise chipset used wasn't formally revealed, the Snapdragon 765 5G matches what was guessed at the time, as do other specs.

We knew that the cameras between devices would vary, and the 10 5G really only has three useful ones: A high MP primary, wide-angle, and a macro camera. Like all the 10-series phones, it has a 1080p-equivalent display, though this one uses an LCD, unlike the "Pro" below.

Regional availability isn't specified, but pricing is telling. With the only currency units being GBP and euros,

Update: TCL tells us that the 5G phone is, in fact, coming to the US, it simply wasn't mentioned in the press release. It'll be debuting with a major carrier later this year at a sub-$500 price point.

At €399, it's also one of the cheapest 5G phones we've seen, though it doesn't support mmWave. 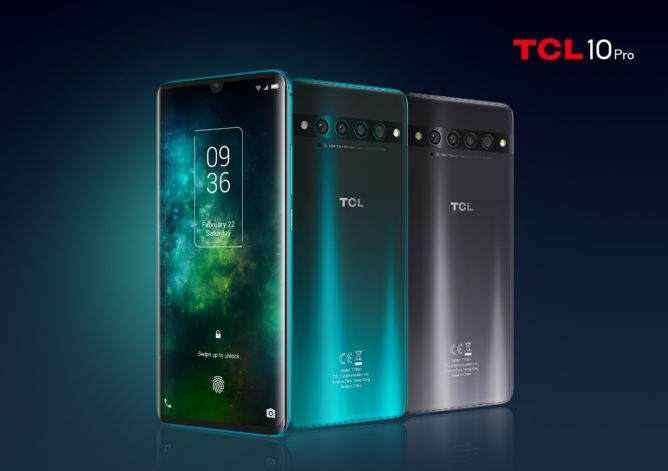 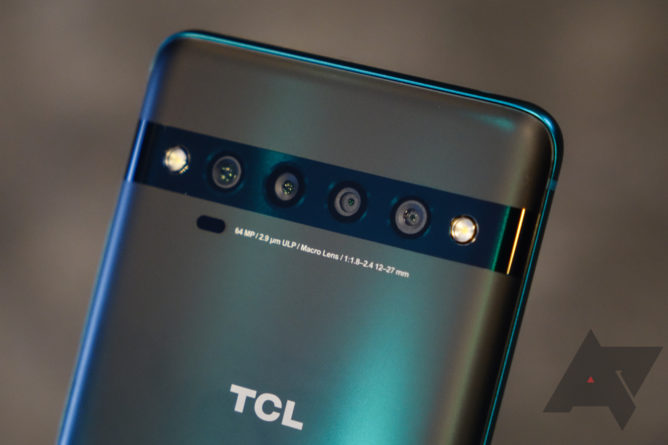 Close-up of the cameras on the 10 Pro.

The Pro gets a bump in the camera department over the 5G model, with a higher-resolution wide-angle camera and a dedicated low-light video cam. As the name suggests, it loses 5G connectivity with a Snapdragon 675, but it does have an in-house (sister-company) AMOLED display and an in-screen fingerprint reader.

Unlike the 5G, this device is explicitly coming to North America. Pricing varies by market, but we can expect to pay $450 when it lands sometime in Q2 of this year — within the next two months or so. 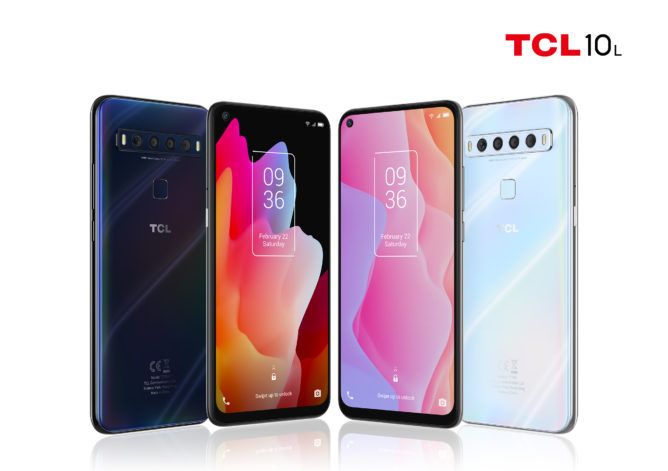 The lower-end TCL 10L switches things back to an LCD display (probably the same one as the 5G model) and bumps the chipset down a bit further to a Snapdragon 665. The useless/portrait-only depth camera also returns, and the primary camera gets a resolution drop. Mix in a rear-mounted capacitive fingerprint sensor, and this is definitely the lowest-end of the bunch. However, a palatable $250 price tag (here in the US, anyway) smooths over most of those concerns.

Like the Pro, availability is set for Q2, in the next few months.

All three phones also get TCL's proprietary NXTVISION tech, ostensibly improving the display's color, clarity, and contrast and offering a real-time SDR to HDR conversion feature for videos. TV's are TCL's bread and butter, so even though that all might sound a bit gimmicky, there could be more to it. They all also get a customizeable "Smart Key" button that can be used to launch Google Assistant (or anything else you set to to do).

Though the 5G phone's availability is still TBD, the other two models should be available over the next two months. Interested parties can sign up to be notified at TCL's site when the 10 Pro, 10L, and 10 5G go on sale.

TCL reached out to us with additional details surrounding the Smart Key's functionality and the 10 5G's availability, and we've updated our coverage.