Other than new One UI 2.1 capabilities, the update elevates the security patch level to the one from April, beating even Google's Pixel line to it. It measures roughly 1.5GB on the S10+, though the size may vary by device and location. There are also the usual generic bug fixes and stability improvements on board. 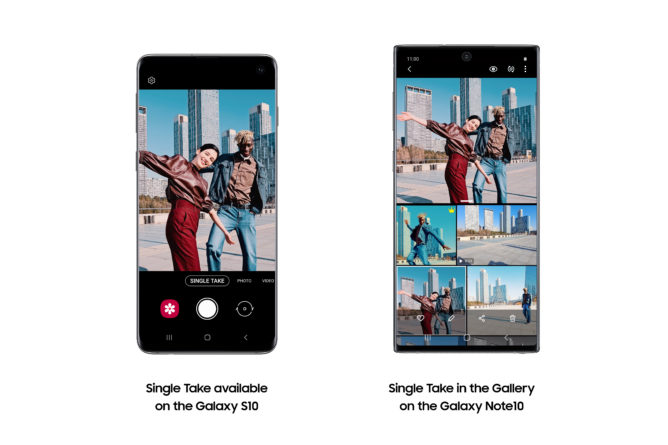 The S10 and Note10 series' cameras see some significant enhancements. For one, they support Single Take, which lets you capture several shots and videos at once, with an AI recommending you the best out of all of them. Both lines also get Night Mode improvements, including the addition of a night hyperlapse function. And once you've taken a picture, you can now edit it with custom colors and styles based on other images as part of the new Custom Filter feature. 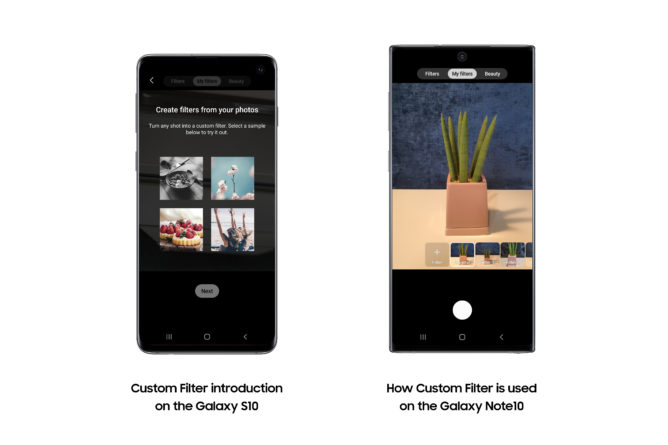 On the videography front, a new Pro Video mode gives you manual options to get exactly the image you want, like ISO, shutter speed, and exposure level. The most impressive addition is a 4K 60fps mode for the selfie cameras, though — your move, Google. 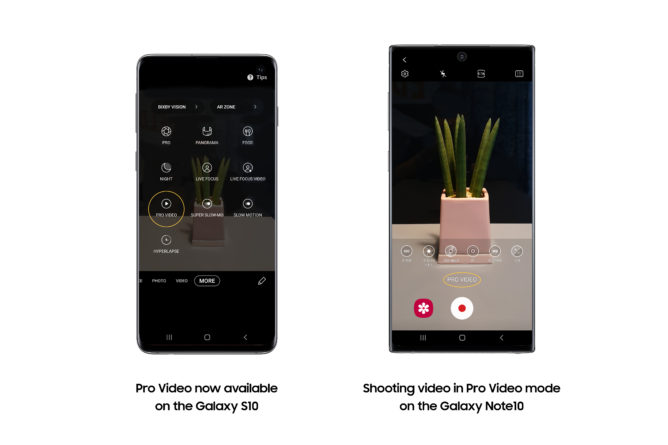 The gallery is now capable of intelligently grouping your images with the tap of a new square button in the top bar, dubbed Clean View. When you view a photo full-screen and zoom in on it, a new auto crop icon in the top left corner allows you to quickly save the zoom level as a new picture. 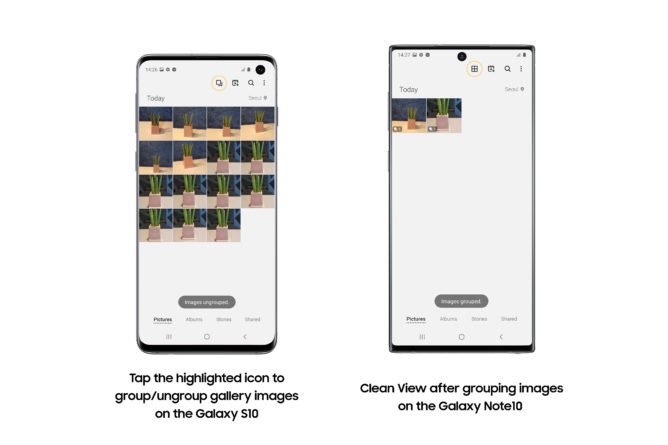 After the update, you'll also find a new Quick Share tile in your quick settings. It allows you to send photos, videos, and other files to nearby contacts without relying on third-party software. There's also Music Share, which lets you extend your Bluetooth connection to a friend, so you don't need to disconnect from your own car stereo or speaker when they want to play their music. 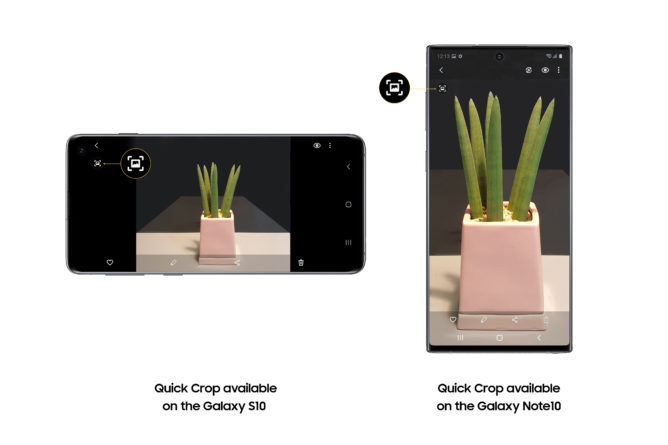 Be warned that the new software release will delete all previously saved AR emoji, since an update to the feature will make older emoji incompatible.

Samsung says update will be released "in select markets in the coming weeks, including the United States." So far, the OTA is only rolling out in a few locations, among them the Netherlands and Germany, but it probably won't take too long until it reaches other regions. Check your phone's settings to see if you already you already have access to the update.

Samsung has confirmed that it will be rolling out the software update featuring the new Gallery, media editing tools, and easy sharing capabilities to S10 and Note10 devices in the US from tomorrow, April 3.

US rollout underway while NavStar is also receiving an update

As promised, the One UI 2.1 rollout is already underway in the US, giving people here access to all the new Galaxy S20 features described above. Additionally, SamMobile reports that the One UI 2.1 update also brings improvements to NavStar. The software stopped working following the preceding March 2020 security patch update. NavStar should now let you properly edit your navigation bar again.

Samsung Galaxy Chromebook vs. Pixelbook Go: Which should you buy?