You've probably (hopefully!) been spending a lot of time at home lately, and that likely means watching a lot of TV. If you're trying to get the most bang for your entertainment buck, you've got a lot of options starting at the low, low price of free. These are some of the best values in video streaming available today.

Pluto is free, as in free. You don't even need an account to watch. It's best known as a cable substitute: there are "live" channels both for genres — horror, drama, et cetera — and from networks like MTV and Comedy Central. But there's also a bunch of on-demand content including both movies and shows. The catch, if you could call it that, is that there are ads at regular intervals. Such is the cost of free content.

IMDb TV is another great source of free (ad-supported) content. You'll have to sign in to watch, and on balance, the library isn't the great — but there are plenty of reasons to check it out, including movies like Donnie Darko, Sam Raimi's Spider-Man, and some solid shows including Schitt's Creek.

Libraries have more than just books, you know. If you've got a library card (and you really should), there's a good chance Kanopy will let you remotely access your library's video collection for free. Just enter your library card information and you're off to the races. 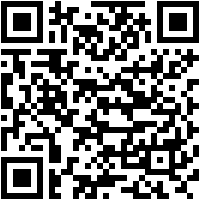 If your library hasn't integrated with Kanopy, it may work with Hoopla. Hoopla can access more types of media than Kanopy, including books and comics, but it also lets you watch your participating library's film collection. 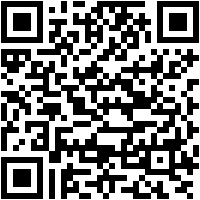 Should you be in the market for free content without ads and you happen to subscribe to Amazon Prime (who doesn't?), you should really be using Prime Video. The service is bundled with the cost of Amazon Prime, so it's not actually free — but odds are good you already have it. There's plenty to watch, both licensed and original.

CBS All Access provides access to — you guessed it — tons of content from CBS. That includes basic-cable staples like NCIS and The Late Show with Stephen Colbert, but also a ton of Star Trek. Like, every episode of every Star Trek show, including the new Picard. The cheapest subscription is six bucks a month, but if you don't want to deal with ads, it jumps up to 10.

Hulu is owned by Disney, who also owns ESPN, so its pricing model can get pretty complex depending on what package you want. It can be as cheap as six bucks a month if all you're after is on-demand content. That content features both licensed films and series — it's got Seinfeld, for Pete's sake — and original programming like The Handmaid's Tale and Little Fires Everywhere. If you want it without ads, the price jumps to $12 a month. You can add live TV to either tier for an additional $49 per month.

Disney+ is priced to move at $7 per month, with no additional upcharge for 4K streaming. While the content on offer isn't as varied as other options — it's all Disney-owned properties, after all — if you're into what's there, it's a great deal. There's tons of classic and modern Disney films, plus nearly every Star Wars and Marvel movie. There's also original content, like The Mandalorian (which is set to get a second season). Oh, and The Simpsons is here, too.

Netflix has very nearly become a generic term for streaming video at home, and for good reason. The service offers tons of content, from classic films to prestige network dramas to viral originals like Tiger King and Marriage Story. The basic plan is a little chintzy — it doesn't even offer HD streaming — but it's only nine bucks. You can get concurrent 4K streams on up to four screens for $16.

If you're a film fanatic, it's hard to argue with The Criterion Channel. For $11 a month, you get unlimited access to a truckload of all-time greats including the likes of Last Holiday, The Italian Job, and a whole mess of classic Godzilla movies. It's not all vintage content, either — there are currently picks from as recent as 2018. 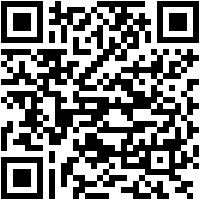 There's a good chance you haven't heard of Philo, but it's a cord-cutting service that offers a pretty solid catalog of 59 channels — including AMC, BBC, Comedy Central, Discovery, Food Network, IFC, Nickelodeon, and more — for just 20 dang dollars a month. There's a bunch of on-demand content available from Philo's partners, too. If there aren't any channels you can't live without missing from its lineup, you're not gonna find a better live TV deal than Philo. 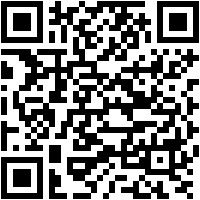 Sling is one of the older players in the cable replacement game, and it's still out here. It's pricier than Philo, but it also has more channels available (and it's still cheaper than cable). There are multiple packages with different channels and add-ons available, but the most basic plans are $30 a month (plus $10 off your first month). Notably, there's plenty of sports: ESPN (plus ESPN 2 and 3) on the "Orange" plan and the NFL Network and NBC Sports on the "Blue" plan. You can combine the two plans for a discount.

12 new and notable (and 1 WTF) Android apps from the last three weeks including HMD Connect, ...