Who Wants to be a Millionaire has existed on U.S. television in primetime or syndication for 20 years. This season, comedian Jimmy Kimmel will be hosting a special primetime series starting this Wednesday, April 8. And, for the next 8 weeks, it will be a competitor to the recently-revived HQ Trivia, giving fans of the show a chance at winning at least $32,000 and up to $1 million.

Sony and ABC have launched a new live game show app called Millionaire Live in which fans of the series will be able to play the game with the help of celebrity host Kay Adams of the NFL Network's Good Morning Football. Games will start at 8 p.m. PDT on Wednesdays and the grand prize will be the same as the top dollar amount earned in the televised WWTBAM game that night. Contestants will need to verify a U.S. phone number to participate.

Players will have 12 seconds to answer a multiple choice question with the goal of answering correctly and outsmarting their peer contestants for as many as 25 questions.

Three lifelines are offered for one use each and only once per question during the first 15 questions: 50:50, which takes two of the four answers away; Double Dip, which allows players to guess twice for a single question, and; Go with the Audience, which automatically takes the most popular answer from the pool. If the game goes beyond 15 questions, the lifelines become unavailable.

The game ends and a winner/winners are declared if after the 15th question a single contestant remains in the pool or if multiple contestants remaining in an extended session have all failed to answer the last question correctly — the pot will then be split between those players.

If you don't win one week, you're able to try again the next until the series ends.

The Millionaire Live app is set for a contest this afternoon at 1 p.m. PDT, likely as a dry run. Download it from the Play Store or APK Mirror. Full rules can be found here. We wish you good luck. 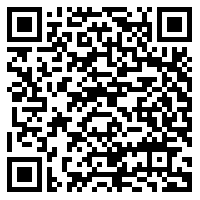 Register QR-Code
MILLIONAIRE LIVE: Who Wants to Be a Millionaire?
Developer: Sony Pictures Television
Price: To be announced
subscribe

Google Maps can show you what movies you saw in theaters, as if you needed a reminder right now