Google Maps has a handy timeline feature that allows you to review where you've been. The latter is already integrated with Photos, allowing you to see pictures you've taken at a specific location. It's now gaining extra functionality, which can remind you what movie you've seen when you've visited a theater. 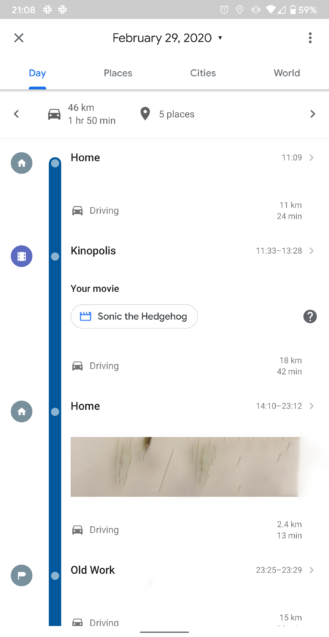 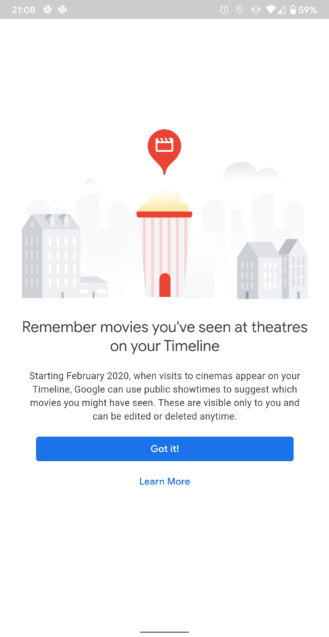 As Google can automatically detect you've visited a theater, it can use public showtimes to figure out what movies you've seen based on the times you've stayed at the location. Thankfully, this information is only visible to you and can be corrected or removed from your timeline.

Google says the feature has been available since February, but it seems it's gradually rolling out to users, as only a handful of them seem to see these. That being said, we might have all missed it because we can't actually go to the movies... but we'll hopefully get to try it out in a few weeks — if you really want to spend time enclosed in a dark room after being quarantined for so long!