Frequent readers of Android Police may have noticed me mention a few times how slow and limited my home internet connection is. In ideal circumstances, it maxes out at 16Mbps; on regular days, it's half of that, and that's considered good for Lebanon. There are places where you can barely get 2Mbps. One single gadget has made that speed tolerable in 2020: the Netgear Orbi mesh router.

Let's back up a bit. My husband and I moved into our apartment mid-2017. Knowing my love for all things connected and smart, and given that he's an IT product manager, we quickly concluded that a robust internet connection was a must in our house. Fiber wasn't an option (it won't reach our area until 2021) and ADSL was the only choice, so we got our internet setup and started looking for a capable replacement to our provider's no-name modem+router. We landed on the TP-Link Archer VR2600, one of the most powerful ADSL-compatible modem-and-router in one.

For a while at first, everything worked more or less fine. Our 1600 sqft (150 sqm) apartment has a long rectangular layout, and even though we placed the Archer in the middle, it failed to reach the extremities reliably. The biggest issue was a dead spot in our master bedroom's bathroom — I think we can all agree that's a major inconvenience. I tested the AmpliFi Mesh Point HD as a repeater and it did the trick of extending the connection's range. However, other issues slowly started arising with the main Archer router. 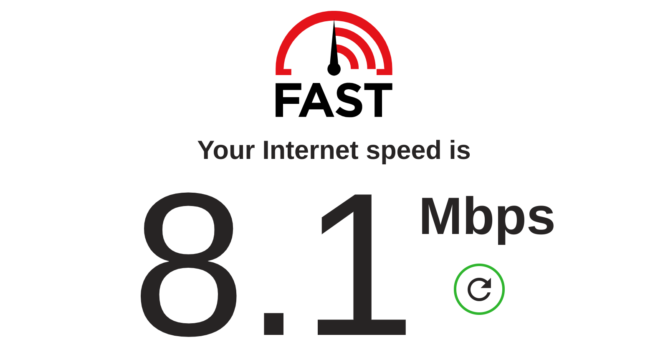 My internet connection at home, on an average day.

First it was a speed problem. Devices wouldn't get the bandwidth they needed, even if they were the most active ones on the network. Then, as I added some smart home gadgets, I was noticing they were frequently disconnecting. I have two Google Homes and a Lenovo Smart Display, and they'd all answer at the same time. That's not supposed to happen: When Assistant speakers know they're on the same network, the closest one to you should answer, while the others stay silent even if they got triggered and listened to the request. It became clear they weren't reliably communicating with each other. Rebooting the Archer became a weekly necessity, then a daily one.

The last straw was when our smartphones started losing WiFi connection and would not reconnect unless we manually toggled WiFi. We reset the Archer, disconnected a few gadgets entirely, and tried to troubleshoot by removing and adding some devices. Nothing worked. Whether it couldn't handle a load of 20+ connected devices on a limited bandwidth, or broke down after trying to do that for a while, I don't know.

Eventually, we decided a proper mesh network was needed, for both coverage and proper prioritization of devices. I spent several days looking at lists of the best mesh networks all over the internet, and site after site mentioned the Netgear Orbi RBK50 as the best option, or at least had it in the top three. Even Amazon reviews were enthusiastic and glowing. I knew it was overkill for my apartment, more expensive than all of its competitors despite having two modules instead of three, and it offered fewer cool features (no per-device monitor like the Google/Nest Wifi, no free parental controls or security monitor, etc...), but every reviewer was praising it for its reliability and power. After months of struggles, I wanted reliability and power above any bell or whistle. 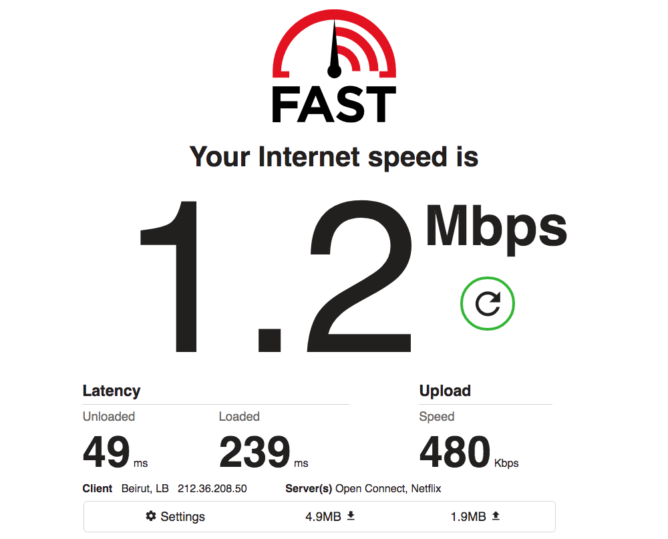 When my connection goes bad. Sadly, it can get worse, still.

I bought the Orbi over a year ago and haven't had a single issue since. Not one.

I'm still on the same weak and slow ADSL connection, with my provider's resurrected no-name modem. I turned off its WiFi capability and connected the main Orbi to one of its LAN ports, while the secondary Orbi satellite sits on the other side of the house. Since I set it up, I haven't had to actively think about my internet connection for a year. It just works. I don't worry about adding more smart home devices or streaming and downloading something on a device while browsing on another. Every device is prioritized when needed and my limited bandwidth is smartly rationed without my active intervention. Sure, things are slow when I try to do too much, but that's more an issue of my connection than the router.

I have coverage all over the house, my smart home devices work as expected, my Google Homes don't answer simultaneously, and my phones and computers don't randomly disconnect. The only time I rebooted the Orbi was when the internet went down in part of Lebanon and I thought the issue was in my home until I learned it wasn't. Even locally streaming from the Plex server on my Synology to my Nvidia Shield is crazy fast (the Archer router used to buffer that too). As a bonus, it never gets hot and doesn't overheat the wooden console it sits on. In short, I've forgotten I have a router, which is a bigger compliment than you can imagine.

Netgear's Orbi app isn't the most fully-featured mesh app out there, but it does the trick. I can see connected devices, rename them and assign them an icon, and block by MAC address. I can also enable the guest mode, turn on Circle's parental controls or the Armor security protection, and change a few settings. My knowledge of networks and connectivity is limited, so I don't need much else, and that's the thing: the Orbi just works, so much so that you shouldn't feel the need to mess with any of its settings.

This isn't the first time I've waxed poetic about Netgear's Orbi routers, and I suspect it won't be the last. Now that my husband and I are working from home, I am often reminded of how awesome it is. While I keep hearing about other people's issues with bandwidth restriction and slow internet, even in more developed countries now, I wonder: Would a mesh system like the Orbi solve at least part of those problems? I think the answer is yes. It can't fix the connection you're getting from your provider, but it can optimize it so you don't have to fight for every bit of bandwidth with your family, partner, or roommates. If it made my 8-16Mbps connection usable, you should be fine.

Where to buy the Netgear Orbi RBK50?

This article is focused on my experience with the Orbi RBK50, because it's the router I bought and have been using. Netgear also offers less powerful RBK variants, different extension satellites, and a newer and more powerful RBK852 with the WiFi 6 standard. I should also mention that other mesh routers are good too. I've read good things about Eero, Amplifi, Nest Wifi, Linksys Velop, and TP-Link Deco, so you may want to consider those too to see if they better fit your budget or feature requirements.

10 great productivity web apps for your Chromebook and Android phone