Buying a portable battery can be a tricky process, especially in the modern age of USB Power Delivery. With USB-PD being the finicky standard that it is, not all devices work with all chargers — a battery that is perfectly compatible with your phone might not charge your Chromebook at all.

Thankfully, for those of you looking wanting a battery that can quickly charge just about any device, Aukey's new Power Bank 26800mAh does the job nicely. We also had a peek at the company's smaller 10,000mAh model, which has a slower maximum charging speed but does add a Qi charging pad.

The design of a battery doesn't particularly matter, but there's nothing to complain about with this Aukey unit. The 6.5-inch height and nearly 2-pound weight make it less portable than the cylinder-shaped batteries that you probably see more often, but the rounded edges help it feel a bit more compact. Most of the unit is covered in a textured plastic with glossy plastic at the ends. 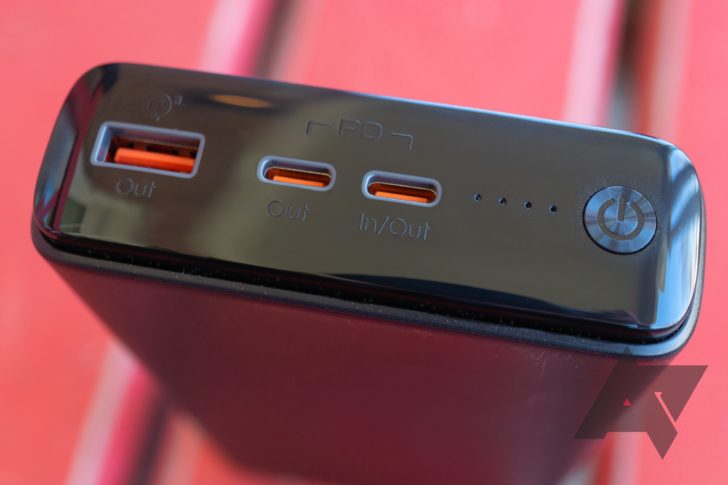 The front of the battery has a power button and three ports. The first is a USB Type-A connector, with support for Qualcomm Quick Charge 3.0 at up to 18W. QC Quick Charge isn't as relevant as it used to be now that most phones and tablets utilize USB Power Delivery — many newer devices, like the Galaxy S10/S20 series, actually support both. Still, it's a nice feature to have, regardless. We have lists of devices that work with QC 2.0/3.0 and 4/4+, if you're interested.

The second port is USB Type-C, with Power Delivery support up to a promised 65W. USB-PD is what most modern phones and tablets use for quick charging, and is required for charging many larger devices (like laptops with 15W mobile processors). Galaxy phones, Pixels, the Nintendo Switch, MacBooks, and most other devices with Type-C ports support this standard. Finally, there's one more USB Type-C connector, but with a catch. Even if it's the only port in use, the second Type-C plug will only output a maximum of 18W. So, if you want to charge your devices quickly, make sure to use the Type-C port marked "In/Out" first. 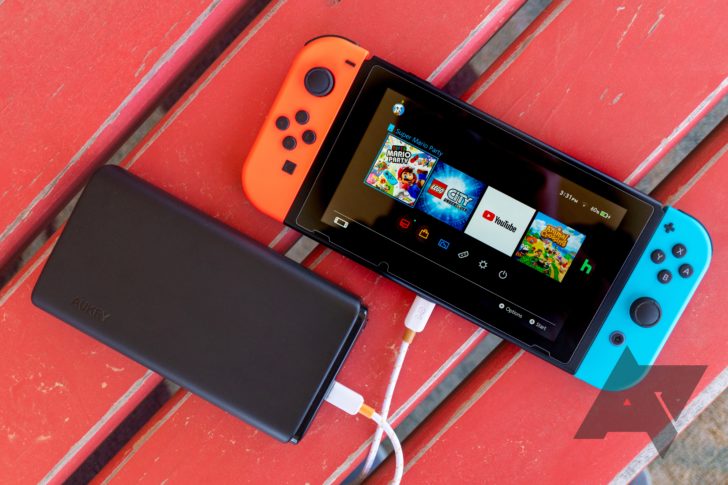 In the box, you get the battery, a USB C-to-C cable, and an instruction guide. No power brick is included, but since the battery itself supports USB Power Delivery, you should be able to use any Type-C wall adapter. It can charge at up to 65W, so the wall adapters that come with high-power laptops work best.

To test the battery's capabilities, I measured the charging speeds of various USB-PD and Qualcomm QuickCharge devices using a Satechi USB-C Power Meter. At the same time, I measured the input from my Anker 60W PowerPort Atom III wall adapter, as a comparison point. All of the devices tested were drained to 20% battery or less, but there is a little bit of wiggle room in these results since the power meter itself introduces some resistance.

Across all the devices I tested, the Aukey battery charged my devices at roughly the same speed as my Anker wall adapter. The Galaxy S10e charged at the same rate with both Qualcomm QuickCharge and USB Type-C ports (the S10 series supports both standards), and the OnePlus 7 Pro didn't fast charge at all, since OnePlus uses a proprietary standard that the battery doesn't support. 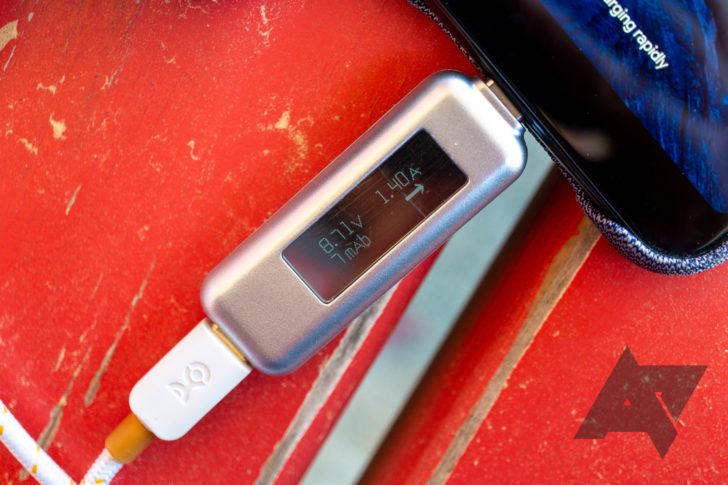 The one caveat with my testing is that I don't own any devices that utilize the full 65W charging speed — only high-power laptops like the MacBook Pro need that much power. However, my Dell XPS 13 and Dell Inspiron Chromebook both max out at 45W, and the battery could supply them just fine. Dell's XPS 13 is notoriously picky when it comes to USB charger compatibility, so the fact that it works just fine with the Aukey battery earns it bonus points in my book.

Yes. The Aukey Power Bank does exactly what it claims: it can charge all your USB-PD devices at roughly the same rate as a full-powered wall connector. It also seems to work with more finicky devices like the Dell XPS 13, so you probably don't have to worry about compatibility.

I am deducting one point because only one of the USB Type-C ports charges at 65W, so if you don't pay attention to which connector is which, your device will top up slower than usual. This isn't a unique phenomenon with portable batteries, but it's still annoying.

The MSRP of $79.99 is also a bit much, but there's already a coupon box on the Amazon product page for $15 off, so I suspect this will be one of those products that rarely stays at the advertised initial price. 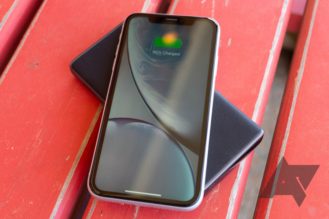 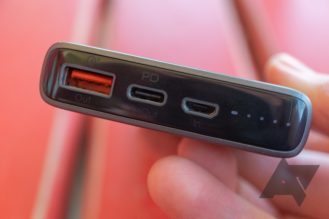 If you're looking for something more portable, Aukey also sent me the 18W 10,000mAh Power Bank that it released at the same time as the larger battery. In my testing, it had similar device compatibility to the larger Power Bank, but charging was capped at 18W. However, it does have a Qi wireless charging pad on top, which the larger unit lacks. I've included links to both batteries below.