While Samsung's S20 series brought us some of the manufacturer's most advanced products to date, they're also some of the most expensive smartphones on the market. Thankfully, we have a sizable deal on the Galaxy S20 and Galaxy S20+ at Amazon that can help you save $200 on either phone. As of right now, you can pick up the 128GB model of the Galaxy S20 or S20+ in the color of your choice for $799.99 and $999.99, respectively.

Throughout our review of the S20 Ultra, we were impressed by many of the new and improved features that Samsung managed to cram into its phones this year, but we took issue with its high price and suggested that readers might want to look into the cheaper models instead. And now, with today's deal, both of those devices are even easier to recommend. No matter which S20 phone you choose, it's sure to come with an impressive spec sheet, as there are minimal hardware differences among this year's S-series smartphones beyond screen size, price, and battery capacity. Stand-out features include a multi-lens camera array with up to 30x zoom, a 6.2" or 6.7" AMOLED display, and 5G connectivity. 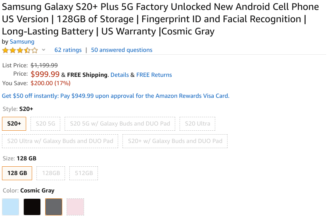 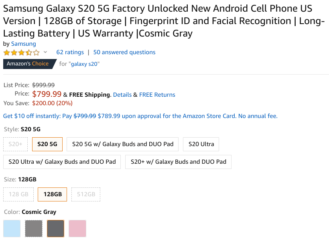 If you've been considering one of Samsung's latest flagships, but high prices have kept you on the fence, today's sale might be just the thing that convinces you to pick one up. Follow the links below to grab one for yourself while they last. 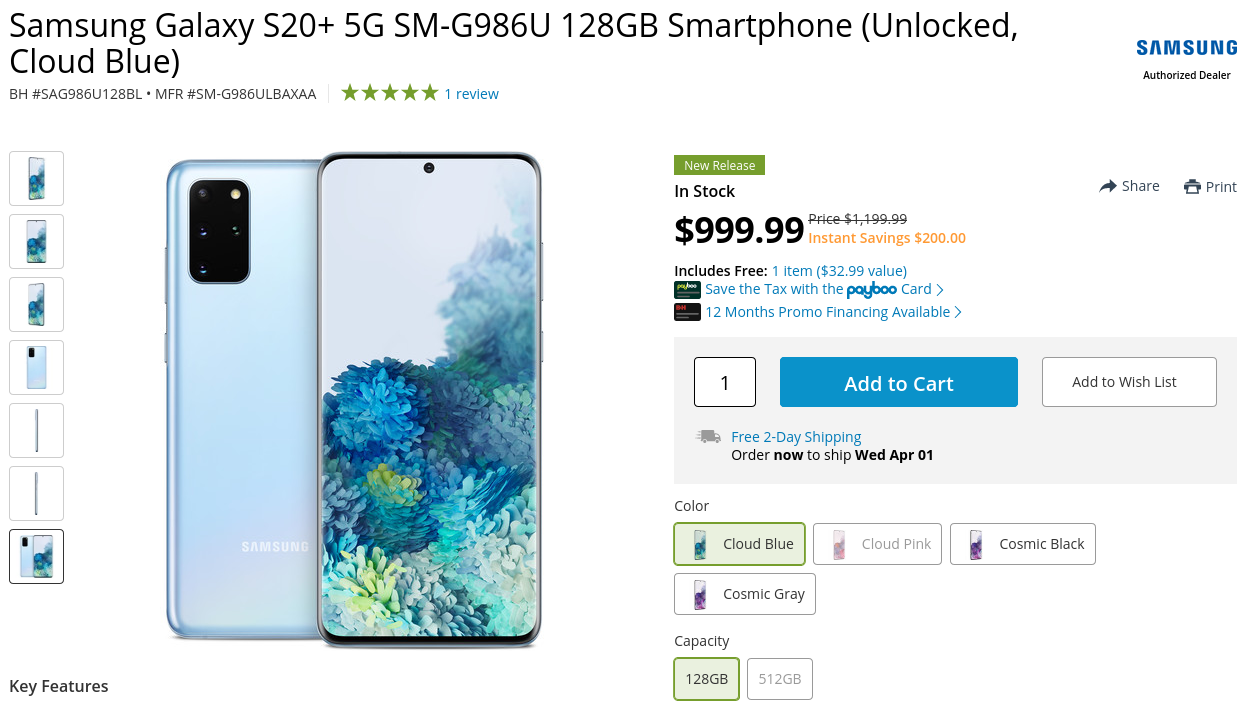