Google is no longer selling the Pixel 3 and 3 XL, its pair of 2018 flagship phones. Both devices were removed from availability today on the Google Store, and we have confirmed with a company spokesperson that it has sold through its inventory, and that sales for the phones have completed. 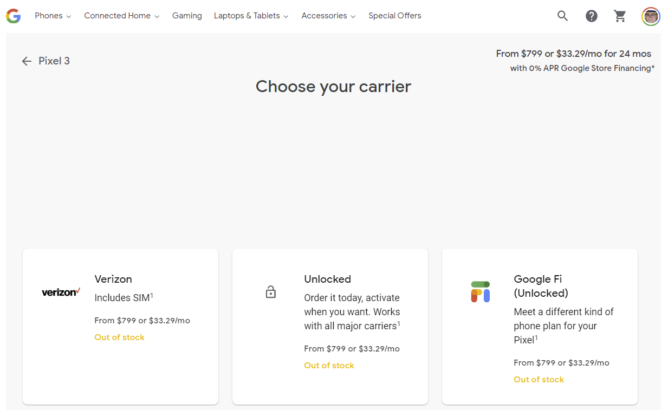 We reached out to Google earlier today to determine if this change was intentional, and a company spokesperson confirmed that it was and that the store has sold through its inventory of the older device. Interested customers may be able to purchase it from other partners while supplies last. B&H Photo, for example, still has the Pixel 3 XL in stock for $450, and Best Buy is selling the smaller Pixel 3.

This timing about matches last year, when Google stopped selling the Pixel 2 and 2 XL on April 1st — and that wasn't a Fools' Day joke.

If you were still hoping to pick up a Pixel 3, for some reason, your options are dwindling. But Google itself won't be selling either phone anymore.