Although the company has been teasing us with the idea for almost a year now, OnePlus has just announced that a much-requested always-on display feature is coming. The company says that the feature is "on our roadmap" and being fine-tuned following widespread requests via the new IDEAS platform, but there's still no date attached to the promise.

The top IDEA is Always-On Display. We hear you, and our OS Product team has replied: it's on our roadmap.

In case you're unfamiliar with the feature, an always-on display is pretty much exactly what it sounds like. Many (mostly AMOLED display-equipped) phones can keep their display on and show a bit of content — usually a clock and some notification icons — when you aren't using them. The contents typically bounce around a bit to reduce wear/burn-in, but there's always a cost to be paid in battery life, because a screen that's turned on consumes more power than one that's turned off. 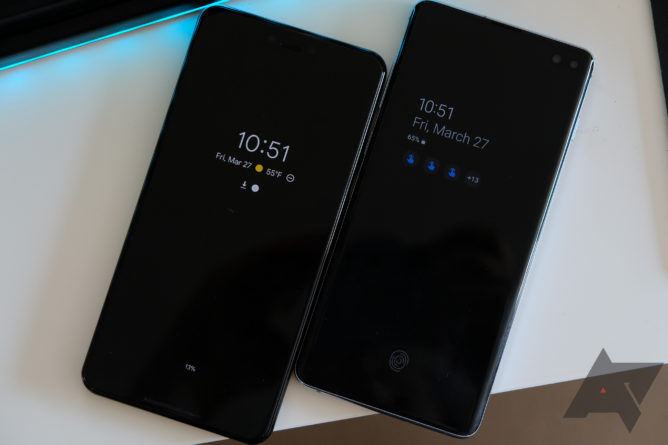 That decrease in battery life has been the company's long-standing concern, even though the feature has been optional on every other phone to get it. We must assume that OnePlus has either found a solution that reduces any potential compromise or it's willing to accept that customers can make a decision for themselves. OnePlus claims it's currently "fine-tuning" the feature following power consumption tests, according to an update from a representative published to the IDEA forum:

3/27 Update: Hi everyone, an update on this IDEA. Initial power consumption tests have been passed and it is now on our roadmap! We are working on fine-tuning AOD to make sure it is perfectly optimized. Do keep an eye on our Community as we will keep everyone in the loop with further updates, including the release timeline. Thanks!

There's no telling when the feature might arrive or if older phones will get it. Given the increasing frequency of leaks, we have to assume that the company's next phone will be landing sooner rather than later. Who knows? We might hear more about it when it does.