Gboard is constantly under construction as Google keeps finding ways to improve one of the most used tools on our phones. The latest experiment looks extremely similar to an earlier test that added GIF and sticker suggestions for emoji last year. This time, the company is experimenting with stickers that put one emoji's emotion on another emoji's shape, and the results can be hilarious. 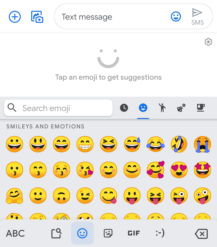 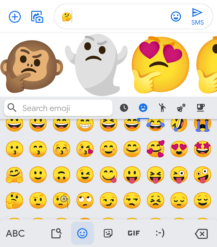 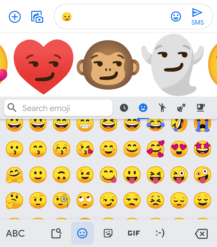 Left: The empty strip before you choose an emoji. Middle & Right: Some of the creations.

Much like the GIF and sticker suggestions from last year's experiment, this new test creates an additional strip on top of the keyboard when you switch to the emoji picker. It will be populated with stickers once you select a smiley. That doesn't work for all emoji, though — only some with faces will prompt suggestions. Still, this creates many new opportunities to express your feelings and thoughts, all without wasting time on words. Ever thought something looked lovely, but you weren't sure how you felt about it? Use the thinking face/heart eyes combination. Ever wanted to send someone an evil kiss? There's a sticker for that. You're freezing, but you also feel like laughing? Right, create that sticker. 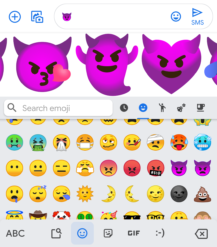 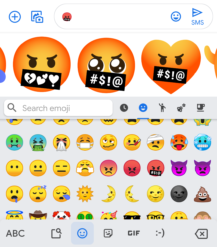 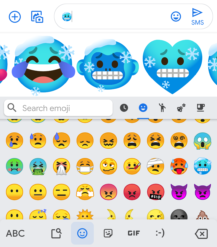 Note the attention to detail in the screenshot in the middle: The swear words turn into hearts.

The test first surfaced on the 9.0.2.290777105 beta release of Gboard, but a server-side switch is involved, too — several of us at Android Police couldn't replicate the suggestions. If you're using this version, you can try heading to Gboard's settings and see if you can already find the Emoji browsing suggestions entry under Preferences. The toggle next to it should let you turn on or off the strip. 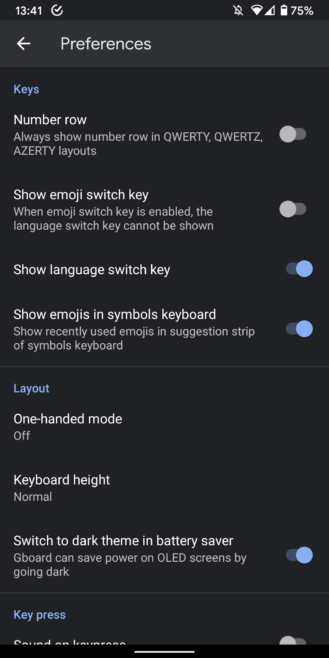 Look for the Emoji browsing suggestions entry on the left.

Even if you don't see the suggestions yet, switching to the beta release might help you become part of the test. You can get the latest version by signing up as a tester on the Play Store or by grabbing it from APK Mirror. I hope this experiment will end up being included with the keyboard for everyone as it creates hilarious results. Maybe we'll even see more combinations in the future, like those created by the emoji mashup bot on Twitter.

Rolling out to beta users

The new mash-up emoji have started to roll out more widely, but it looks like they're still limited to people who use the Gboard beta for now. We've managed to take a lot more screenshots of the feature, which you can find below.

I must report with much sadness that even though there are mash-up stickers for the cat, panda, rabbit, koala, pig, mouse, reindeer, and more, there are none for the dog, as pointed out by my distressed colleague Rita.

After widely releasing emoji stickers to many Gboard beta users yesterday, Google today has made the feature official as "Emoji Kitchen." The company describes the new combinations as a way to express more nuanced feelings and thoughts. Emoji Kitchen is rolling out to all Gboard users starting today, and Google points to the beta release of the keyboard if you want to try out the new feature right now, which you can also get over at APK Mirror.

As you can see in all of the screenshots above, the Emoji Kitchen takes up a lot of space. When it's active, your conversation is barely visible. Google apparently recognizes this problem and is rolling out a more compact version of its emoji mashup feature. It's a lot shorter than the old design and also shows you more emoji at once. The background has been adjusted, too — it's now the same shade of gray as the rest of the keyboard, making it look much less out of place than it did originally.

It looks like the new design is rolling out as a server-side update, as not everyone on our team has it just yet. You can try downloading the latest beta release of the keyboard from APK Mirror — that might help you receive the update faster, though there's no guarantee.

For some reason, Hangouts and Google Voice originally weren't compatible with emoji kitchen, but that should soon be a thing of the past. A tipster has reported that he's now able to create and send the mashup stickers via these two apps, as well. This hasn't rolled out to me just yet, but it probably won't take too long until it becomes more widely available.