It's a troubling time for the smartphone industry in the wake of the coronavirus pandemic, with trade shows and launch events being canceled left, right, and center, but it's doubly hard for Huawei since its Android devices are still banned from using Google apps and services. With all that in mind, it's not the best time to launch a range of new products, but that hasn't stopped the Chinese company from forging ahead with its latest flagship series. In an online-only event today, Huawei announced the P40, P40 Pro, and P40 Pro+ — as we've come to expect, it's all about the cameras.

Each model has at least 3 cameras on the back, headed up by a 50MP 1/1.28-inch RYYB main sensor — the largest on any smartphone to date — which is supposed to let way more light and offer improved HDR with less noise. After that, there are differences between each device in terms of rear camera capabilities. The standard P40 has a 16MP ultra-wide plus an 8MP telephoto with 3x optical zoom, while the P40 Pro ups these to 40MP for the ultra-wide, which is optimized for video, and 12MP telephoto periscope with 5x optical zoom. The ceramic P40 Pro+ takes things even further with a dual optical telephoto setup — 10x periscope plus an additional 3x lens. This promises up to 100x zoom just like the Samsung Galaxy S20 Ultra, so it'll be interesting to which does it better. Both Pro variants also have a ToF sensor for better portrait shots. On the front, within the sizeable punch-hole cutout, all three have 32MP dual front cams with autofocus.

All of that hardware sounds impressive, but where Huawei has also shined in recent years is image processing. The Kirin 990 5G chip that already launched in the Mate 30 Pro enables advanced processing and AI capabilities, allowing for an improved Super Night Mode and a new feature called AI Best Moment that lets you remove passers-by from the background of your images or get rid of reflections if you take photos through windows. Video is also a focus for Huawei, with AIS and OIS onboard to stabilize footage even when zooming in. The three stereo mics are also capable of zooming audio accordingly. 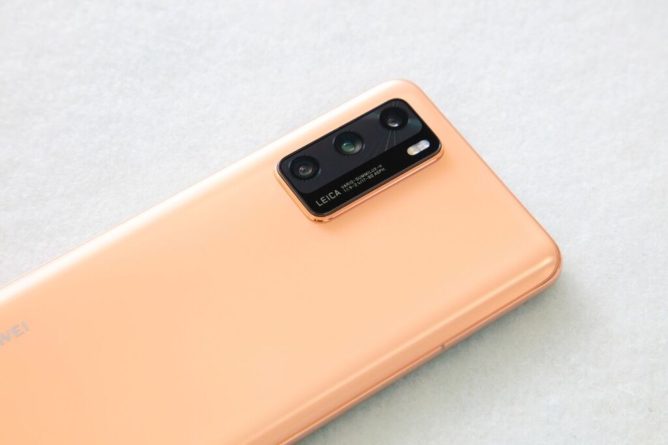 Unlike other 2020 flagships, the P40 series isn't going all-in on high refresh rate screens — the overflow display is so-called because it curves on every size, but it only goes up to 90Hz. The in-display fingerprint sensor is said to have a 30% larger size for easier unlocking, and the Pros manage to include an IR scanner for more secure face unlock too. Battery sizes are 3,800mAh for the P40 and 4,200mAh for the more expensive phones, which sounds like it could be better, but Huawei has tended to offer excellent battery life on its premium phones up to now. It's also pushed boundaries with charging, and the Pro models continue this by allowing up to 40W wireless charging. Another feature boasted by the P40+ is a 3D graphene cooling system.

With the Google Play Store not available, Huawei is keen to point out alternative methods for installing Android apps such as its own App Gallery and the Amazon app store, while its App Search app will point users to other safe sources, including our own sister site APK Mirror. In lieu of the Google Assistant, Huawei has also introduced its own personal helper, Celia, as well as a new MeTime video calling app, while Huawei Share allows easy multi-screen collaboration with a MateBook laptop or MatePad tablet.

Google Search gets Watchlist to save movies and shows you want to see (Update: Rolling out more ...