The 2.2GB OTA file elevates the security patch level to the one from March and comes with all the goodies you can expect from the new Android release. There is a system-wide dark mode, privacy enhancements to location permissions, and a revised take on gesture navigation. One UI 2.1 should bring a screen recorder, quick settings changes, and improvements to incoming calls. 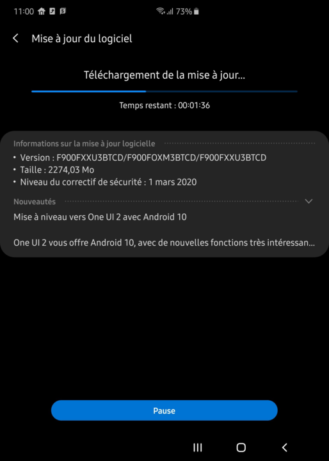 The update seems to be limited to the 4G version of the phone in France at the moment, though it's hard to pinpoint which countries exactly receive the software already since there are comparatively few units of the Fold in the wild. Check your system settings to see if you can download it. The rollout comes only a short time after the Galaxy S10 and Note10 have started to receive an update that gives them some One UI 2.1 improvements, so the Fold is finally on-par with Samsung's other 2019 flagships.