First of all, here's the list of countries where streaming is now available: 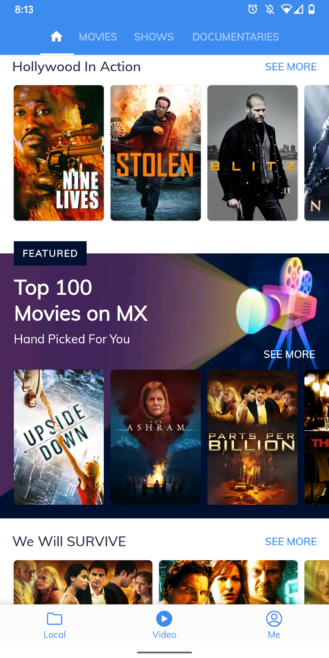 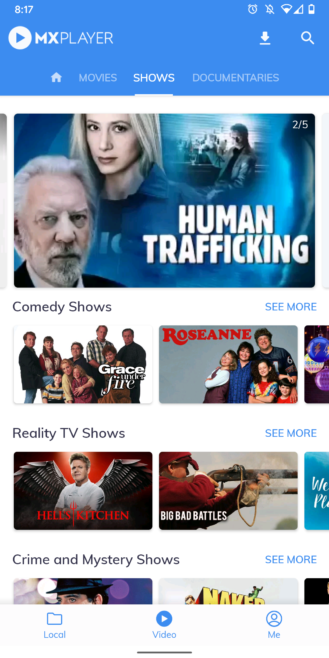 If you already have MX installed, you don't need to do anything. The interface should switch by itself to enable the new Video tab. One of our team members verified that he has the feature in the US, but another in the UK doesn't. So it may be slowly rolling out to users.

MX's video service launched in 2018 in India, a few months after the app's purchase by Times Internet. It's free, ad-supported, with no premium ad-free option yet. It lapped Netflix and Hotstar and became the most popular streaming service with 175 million monthly users.

MX has inked deals with local studios in the US and UK to include more appealing global content, but you shouldn't expect to find a lot of hot and new movies or shows. Most titles are a little old, though you can't be that picky when the VOD service doesn't cost you a penny. Plus, now that most of us are stressed at home, a little dive into classics from a simpler time should be considered a feature and not a drawback.

After this expansion, the team behind MX Player is hoping to enter other markets like the Middle East and South Asia.

Latest Huawei P40 Series leaks reveal near bezel-less design and most of the specs (Update: P40 ...