Ubisoft is no stranger to Google's Stadia platform. The publisher has already ported Just Dance 2020, Gods & Monsters, Trials Rising, and other titles to Stadia, and now Ubisoft has revealed that three more games are on the way.

The first new title is Tom Clancy's The Division 2, originally released in March 2019 and set in a post-apocalyptic Washington D.C. Google says it will be the first Stadia title to support both cross-play and cross-progression with other platforms ⁠— once you connect your Ubisoft account to Stadia, you'll be able to join games with PC players.

The new 'Warlords of New York' expansion will also be available to play, and you'll be able to use Stadia's Stream Connect feature:

Tom Clancy’s The Division 2 includes Stream Connect, an exciting feature unique to Stadia that allows you to stream your teammate’s viewpoints onto a single screen. With Stream Connect, Division Agents can roam around the open world maps of Washington D.C. and Lower Manhattan and see areas of the map from the eyes of your squad mates. Besides your own vantage point, you will be able to see vantage points from up to three squad mates.

The Crew 2, an open-world racing game first released in 2018, is also arriving on Stadia. Google didn't mention any Stadia-exclusive features, so it will likely be very similar to the existing console and PC versions.

Last (but not least!) is an adaption of the classic board game Monopoly, developed by Engine Software. It seems to be a straight port of the Nintendo Switch game (from the same developers), which is currently sitting at a 53/100 on Metacritic. Most reviews from the title's release in 2017 pointed to graphical issues and lengthy load times, so hopefully, those have been ironed out in the Stadia version. 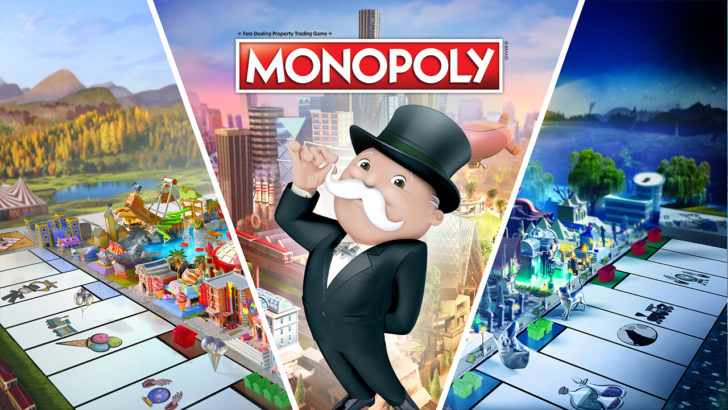 The Division 2 and The Crew 2 will become available on Stadia starting March 25th, and Monopoly will arrive on April 28th. Pricing information and exact graphical options were not revealed — let's hope at least Monopoly will be able to reach true 4K.

Well, we may have been under the impression that The Division 2 was waiting until March 25 to hit Stadia, but that's apparently not the case after all, and the game has gone ahead and landed today.

If you're interested in picking it up for Stadia, The Division 2's currently on sale for 67% off, coming it at just under $10.

Try out Stadia's Stream Connect feature in The Division 2 to share your screen in real-time with your teammates.

The Division 2, and the new expansion Warlords of New York, are now available on Stadia. pic.twitter.com/3He1iVZKlm

Following the Stadia release of The Division 2 last week, it's time for our next title to arrive, and today marks the debut of The Crew 2 on Google's game-streaming platform.

Experience motorsport action with The Crew 2 - now available on Stadia.

Don't give up your lead - take advantage of Stadia's Stream Connect, giving you a live view of your rival's screen mid-race. pic.twitter.com/UqLdWZVB6H

Pricing for The Crew 2 starts at about $50, discounted to just $15 for Pro users. Deluxe and Gold editions are available for $60 and $90, respectively.

Latest Huawei P40 Series leaks reveal near bezel-less design and most of the specs (Update: P40 ...