More people than ever before are stuck at home, which is why we've been highlighting services that offer free movies and TV shows, like Pluto TV and Sling. You may already be familiar with Plex, a service that lets you stream content from your own PC to other devices, but did you know Plex has thousands of TV shows and movies you can watch for free?

Plex has been around for years, but the service has always been based on organizing content you own — movies copied from DVDs, MP3 music collections, and so on. Plex expanded its reach last year by including access to a library of movies and TV shows, and you don't even need the paid Plex Pass.

How to use Plex's free library

Plex is available on just about every platform imaginable. There are native applications for Android, Android TV, iOS, Roku, Apple TV, Fire TV, Fire tablets, TiVo, PlayStation, and Xbox One. If you use the Kodi media center, there's a Plex plugin you can use. Finally, there's a Plex web app that works in any browser.

You'll need a free Plex account to get started — you can sign up from within the mobile apps, or on Plex's website. Once you're logged in, the free library is probably the only thing you'll see. If not, just find the Plex 'Movies & TV' library in the main menu.

The collection is organized into the most popular content, picks by Plex staff, recently added shows/movies, and so on. You can also use to the search function to, well, search. If you scroll down far enough, there's a dedicated section for TV shows. 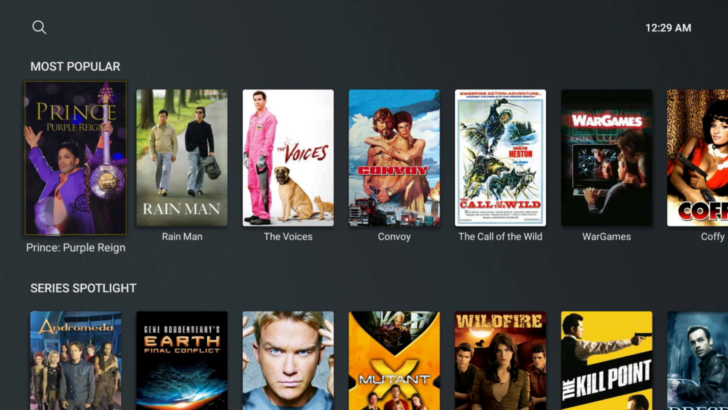 As with most free streaming services, Plex's library doesn't have many recent movies and TV series. Instead, you get a mix of older classics and 90s-2000's films. Plex also focuses on content produced from all around the world, so there's a sizable collection of Bollywood films, anime, and other international entertainment. There are advertisements, of course, but they're not too frequent.

In summary, if you need some extra entertainment to get you (or friends/family members) through these wild times, Plex might have a few movies or shows you would be interested in.