Marshall has launched a few smart speakers, including the hefty Stanmore II. The new Uxbridge speaker won't take up nearly as much room on your shelf, but it has the same classic Marshall styling and support for voice assistants. Although, it won't have Google Assistant at launch.

The Marshall Uxbridge will have a single 30W amp, which is less than the Stanmore but much more than most smart speakers. The speaker has volume, bass, and treble controls on the top, and there's a companion app. Marshall says the revamped physical controls are supposed to look like guitar frets, which is... debatable. 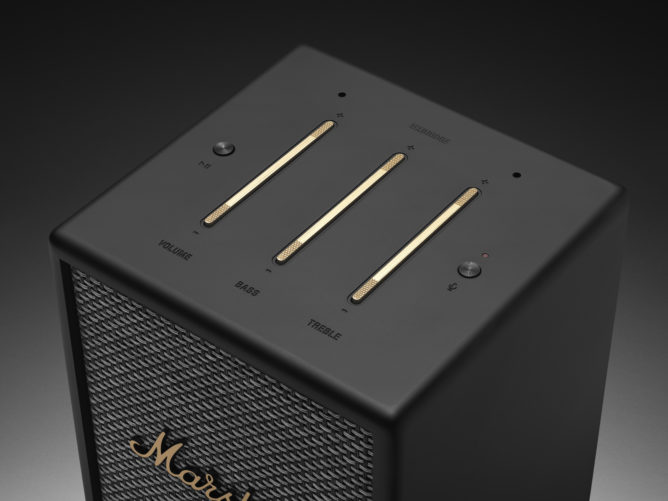 The Uxbridge speaker launches April 8th for $199, but it will only have Alexa support at first. In May, Marshall will add Tencent Xiaowei support. Google Assistant will come on June 11th. It also has Spotify Connect, Airplay 2, and Bluetooth. The device will be available in a classic black and gold colorway or the objectively less attractive white and gold one.

War of the Visions: Final Fantasy Brave Exvius officially released on Android in the West (Updated)