It was about a year ago when Xiaomi’s sub-brand Redmi forayed into the premium smartphone segment with modest pricing akin to a OnePlus 'flagship killer.' The Redmi K20 has already seen a follow-up as the Chinese company rushes to democratize 5G connectivity, and now it's time for the Pro model to receive a successor, which Xiaomi announced earlier today in China. The K30 Pro takes over as the most premium handset in Redmi’s arsenal, packing four cameras and a nearly edge-to-edge screen.

The colorful, more artistic back of the Redmi K20 Pro has been replaced with a flatter color profile. Xiaomi has trimmed the bezels on the K30 Pro but the pop-up selfie camera remains, allowing for an improved screen-to-body ratio. Speaking of the display, it's a 6.67-inch AMOLED panel that is enabled for HDR10+ and can reach 1,200 nits of peak brightness. However, the refresh rate is limited to 60Hz even though 90 and 120Hz screens are becoming the new norm — even the lower-end K30 has a 120Hz display, albeit an LCD one.

In line with the non-Pro variant, the K30 Pro also supports 5G connectivity and the new Wi-Fi 6 standard. Except for the lowest memory configuration (6GB+128GB), all other combinations use the newer LPDDR5 and UFS 3.1 standards for RAM and storage, respectively. The handset is powered by the Snapdragon 865 and houses a 4,700mAh battery. As for the camera system, the primary sensor is a 64MP Sony IMX686, while there is also a K30 Pro Zoom Edition that swaps the 5MP macro sensor on the standard edition for an 8MP telephoto which offers 30x digital zoom. 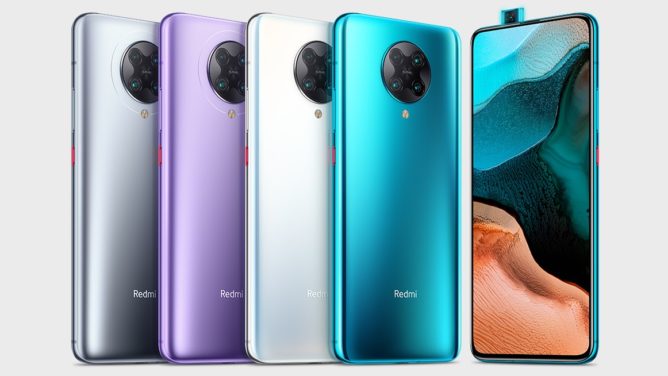 Make working from home a little more awesome with these Bluetooth speakers, all available with ...