Wyze, the company known for making affordable smart home products, was rumored to be working on a fitness tracking band and a smart scale. The company confirmed this information and released further details on their availability last month, hinting these devices were almost ready to hit the market. We now know they will be available for early access buyers on Tuesday. 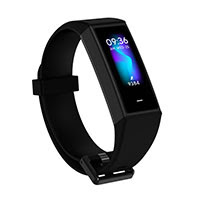 The Wyze Band is a fitness tracker that's also designed to help you control your smart home devices. In addition to the usual step, sleep, and heart rate tracking, it will come with Alexa built-in and let you operate Wyze devices with just a tap. It'll also allow you to set alarms and access your calendar directly from your wrist. We also know the band will feature a color display with customizable watch faces and the ability to replicate your phone's notifications. 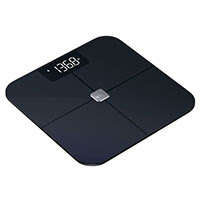 As for the scale, it's a relatively standard one that can measure your weight, body fat %, lean body mass, heart rate, and eight other essential metrics. It will be able to recognize up to eight different people, allowing to track the entire family's measurements. It will run off four AAA batteries and connect to your phone using Bluetooth, which is a bit of a disappointment for a product launching in 2020.

Both devices will start selling through "early access" orders beginning Tuesday, March 24, at 9:00 AM PST on Wyze.com. Unfortunately, their price and estimated shipping date haven't been confirmed yet.

Early access pre-orders have now opened for both the Wyze Band and Wyze Scale, and the surprisingly affordable prices have been revealed:

Wyze indicates that orders of the Scale should start shipping beginning March 27, while the Band will start heading out the door on April 4.