You can read the very first genuine Android Police story here. Although we have some older stories in our archives, they were migrated from site founder Artem Russakovski's personal blog, that's technically the first published under the AP name. As of today, we've been serving up Android-related news for ten years, writing nearly forty-nine thousand posts in that time about everything from Android updates to new phones to... well, whatever Artem wants us to write. From SOON BACKANSWER to swearing Roombas, we've had a good time so far. Here's to ten more years.

We did a full review of this new, tubular incarnation of the Shield TV (which earned our editor's choice accolade), but in short, it takes almost everything that made the previous Shield TV great, adds a new AI-based upscaling feature, and shrinks the whole package down into something easily hidden behind your TV. 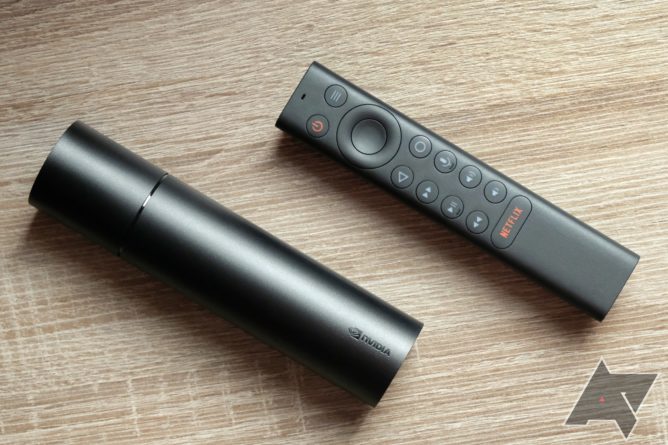 One of these, plus a Shield Controller.

There aren't a lot of genuinely great Android TV devices out there, but Nvidia's have consistently made the list. And if it gets the same level of support the company's previous Shield TV devices have seen, we'll likely be writing about this new model for another five years.

Enter to win a new Shield TV and Shield Controller

One lucky winner will be able to snag both the Shield TV and controller, and we're opening entries as widely as we can. Do note, though, that there may be a short delay in device shipment due to the ongoing impact of coronavirus on logistics, and winners in some markets (Japan, Mexico, South Korea, Taiwan, Peru, Colombia) won't have access to Nvidia's customer support.