Virtual Private Networks, or VPNs for short, are incredibly useful. They're even more useful when you're stuck at home, as you can access the internet from different parts of the world without leaving your couch. Want to watch a Netflix series that isn't available in your country or keep your ISP from snooping? You can do those and more with the right VPN.

VPN use has skyrocketed in the last week or so and is expected to maintain its pace, at least until things start getting better. Chances are you might also be inclined to get a new VPN subscription, and luckily, many popular providers are discounting their long-term plans right now. Here are some of those VPN deals:

The VPN provider, notorious for its perpetual deal timer that I’ve never seen go below nine hours, does offer some good discounts on its multi-year plans. The consumer-facing three-year plan costs $126 (around $3.5/month, paid upfront), down from the monthly price of $12. If you don’t want to commit for this long, you can get the two-year plan, which will set you back $120, from NordVPN’s website, while StackSocial is giving it away for $96 presently (expires in three days). The single-year plan is also cheaper on StackSocial at $60 (expires in two days) versus $84 on the official site. 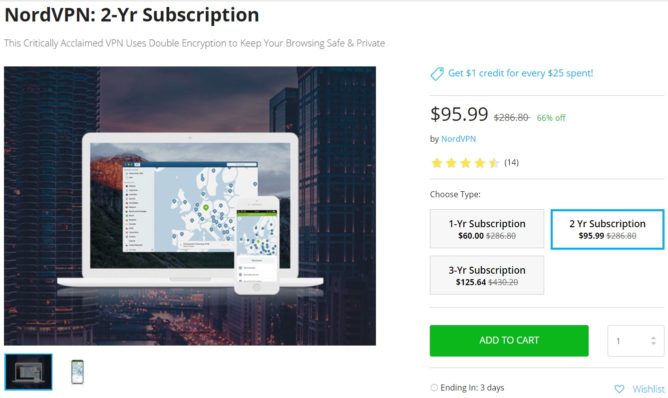 Apart from individual plans, NordVPN also offers workplace solutions with separate tiers that start at $9 per user per month ($84/year if you pay upfront), but they are unavailable to individuals.

As a disclaimer, a breach in one of NordVPN’s servers came to light in October — more than a year after the incident happened. The company informed that it immediately ended its contract with the concerned data center provider and later beefed up its security with plans to conduct an independent security audit in 2020 to avoid future incidents. But the fact that the company hid the compromise for so long is still concerning.

ExpressVPN is often among the top recommendations for VPNs, mainly for its excellent customer support and reliable connection speed. It offers thousands of servers located in 94 countries, a significant step up from NordVPN's 59 servers. That may be the reason ExpressVPN plans cost a little more than many other providers at around $13 per month. However, if you opt for the 12-month plan, the provider will not only drop the total price to $100 but will also throw in three months of free service. After the initial 15-month period, your billing will continue on an annual basis. 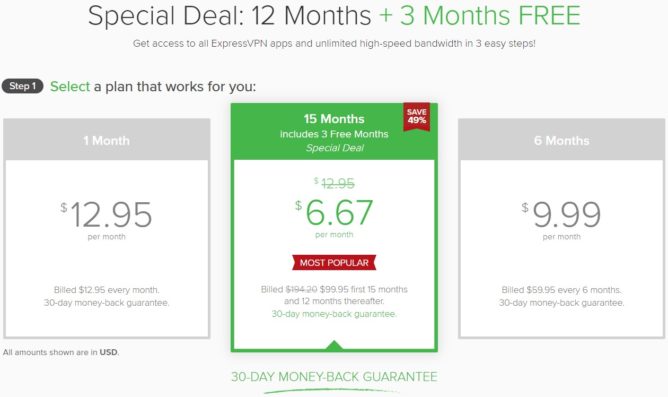 If you value privacy and security above all else, Switzerland-based ProtonVPN is the way to go. The company has a long history of excellent data practices, and is even building a privacy-first ecosystem around ProtonVPN and ProtonMail. ProtonVPN is among the very few premium providers to offer a free tier, but if you want more features and server choices, you can pick the Basic plan that costs $5/month, on which you can save 33% by paying $79 for two years.

For $10 a month (or $159 for two years), you can bump the simultaneous connection to five, along with some additional security features. You also have the option to get the ProtonVPN and ProtonMail bundle for $479 for two years. All these plans are available on an annual basis as well, but your savings, in that case, would be capped at 20%. Over the last few months, CyberGhost VPN has grown its footprint quite a bit with a presence in 89 countries and thousands of servers. It lets you access geo-locked content on various streaming services, and is one of the cheaper options out there. You can get two months’ worth of free service (limited time) if you opt for the three-year plan, which costs $99 and is backed by a 45-day money-back guarantee.

This modern-looking VPN service stands out from the crowd by offering unlimited simultaneous connections for all its paid users, which would help you secure any number of devices you own without paying a dime extra. Its two-year plan is cheaper than most other providers at just $2/month, which totals to around $48. If you’re ready to commit for even longer, then you can opt for its three and four-year plans from StackSocial that cost $69 (expires in three days) and $99 (expires in seven days), respectively.

The no-frill Private Internet Access VPN does precisely what a VPN should, and on top of that, it supports ten simultaneous device connections and has a built-in adblocker. You can use it on a variety of devices, including your Wi-Fi router. At present, PIA is throwing in an extra two-month subscription if you pick its yearly plan that is discounted to $40. This subscription gives you the kind of saving other providers offer only with their longer-duration plans.

TunnerBear’s beginner-friendly interface makes it easy for those just getting into the complex VPN world. While it continues to be an appealing option with a plethora of safety features, its availability only in 23 countries could be a limiting factor for some. You wouldn’t want to get its monthly plan, which will set up back ten bucks for a monthly cycle. Instead, go for the three-year plan that costs $120 (or $3.33/month) and includes a subscription to TunnelBear’s password manager—RememBear—for the same period. Bear in mind there is no stated money-back guarantee from the company, though.

Ivacy is another solid VPN provider that claims to have a presence in over 100 locations, and supposedly even works even in China (where many of its competitors don't). Until March 30, you can get an additional 10% discount on all its standard plans, including its discounted annual tier costing $42, using the coupon FIGHTCORONA. But if you want an even more enticing deal, StackSocial is giving away lifetime Ivacy subscriptions for five and ten devices for $40 and $60, respectively (end in four days). A similar plan on Ivacy’s own website costs as much as $90. The only caveat here is that you’ll have to reach out to Ivacy’s support team to extend your subscription free of charge after five years. 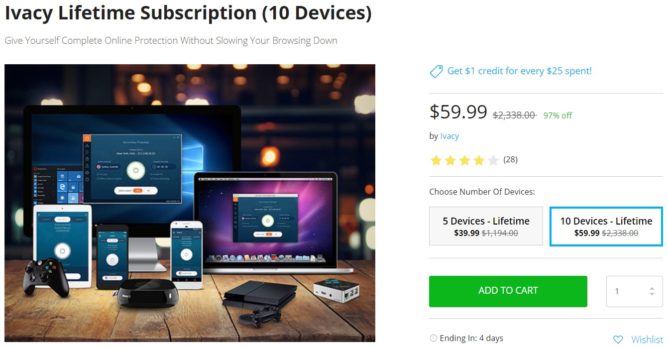 While you devise a routine that helps you remain as productive at home as you are in the office, we’re running a series to arm you with tools and services to combat these tough times a little better and maybe also save you some bucks in the process. We’ve also got you covered if you plan on using this time to disconnect and indulge in some mobile gaming or to finally start watching the series that has been sitting on your watchlist for years.