After killing off a few earlier attempts at conquering the chat app market, Google has decided to develop Messages at full steam. Thanks to the rich communication services (RCS) rolling out in more and more countries, the SMS app is gearing up to become a possible WhatsApp or Facebook Messenger replacement for many people. With that in mind, a simple image markup editor shouldn't be missing from the service, and Google seems to think the same. It's currently beta testing a markup tool in the application.

To access the editor, you need to use Messages version 5.9. If you have it, attach an image to a text and tap it before sending it. You'll see a preview of the photo and an option to edit it in the top right corner. This will let you add both some text and markups, similar to those available in Google Photo's markup editor. You can use a transparent highlighter, a pencil, or a sharpie, all available in nine colors. While you can't change the font of the text you add to images, you get to choose from one of these colors, too. Once you're done typing and you've exited the text editor, you can move your words around as you please by holding and releasing. 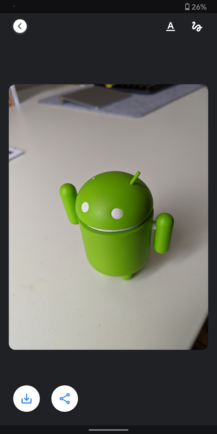 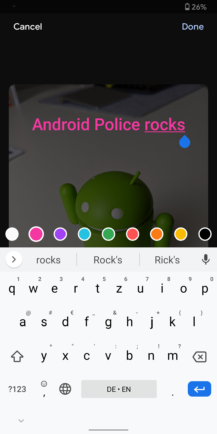 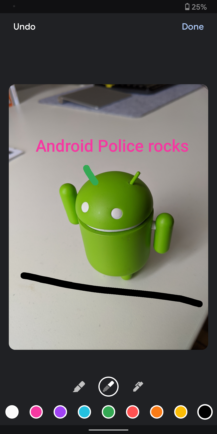 You can get Messages version 5.9 by signing up for the beta on the Play Store. Keep in mind that the feature is still a bit unstable and occasionally crashes, so you might want to use another app for markups and wait for the Messages editor to go stable before you exclusively rely on it.

The new markup tool should be available for all by now, as Google shares news of it and other recent improvements to the app.

Coronavirus pushes YouTube to lower its default streaming quality too