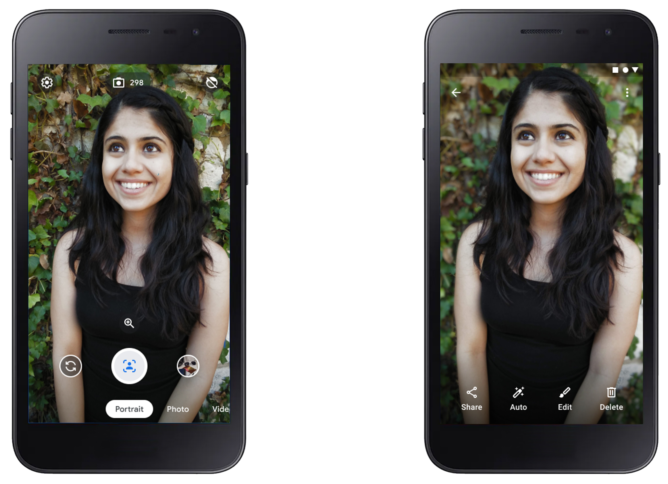 Like the Google Pixel photography app, Camera Go is "deeply integrated into the phone's camera module and is not just photo filtering on top," as Android Go lead Arpit Midha explains. That enables some advanced machine-learning features such as portrait mode on a sub-$100 phone, which Google says is a first for a device in that class. The camera will first be available on the Nokia 1.3 and come to more Android Go handsets "soon."

Google also took the opportunity to announce that there are now more than 100 million monthly active Android Go phones around the globe. That's thanks to a total of about 1,600 individual models available in more than 180 countries. While we usually focus on flagships, it's still great to see how Google's low-end OS is helping people around the world go online for the first time and utilize some of the company's more advanced machine-learning-based technologies like on-device keyword image search in Gallery Go or Lens in Google Go.