We've known that lock screen clock customization was eventually coming to Android's "Pixel Themes" Style menu since the Android Q Betas, and now it's here — sort of. A new "Clock" tab has appeared in the Style & wallpaper menu on Android 11 DP2, but you only have one option for now: the default setting. 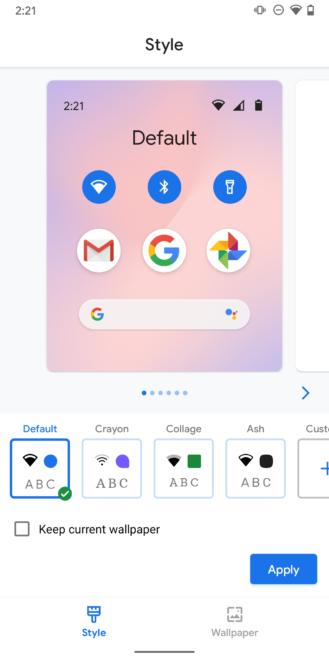 The default setting is the one you should be familiar with as part of the "Always on" display used on Google's Pixels, which shows the time and date in a minimal, centered-justified format. You can't change it via this menu, given there is only the one option, just repeatedly apply the theme your clock already has.

We have to assume that new themes will be coming with time, but for now, the extra setting is pretty superfluous. Presumably, we'll know more with either a later Android 11 release or some other update that delivers more options.