GitHub used to have an official Android app years ago, but it was pulled from the Play Store in 2015. Since then, you've had to use a third-party app (or the mobile site, if you were desperate) to access the code-hosting service on the go. GitHub released an all-new mobile app in beta last month, and now it's ready for prime time.

The new app is mostly the same experience from the initial beta. It's primarily designed for quickly checking in on your repositories — replying to comments, viewing and merging pull requests, and so on. Almost everything you can do on the GitHub site can be done with the app. My main complaint with the initial beta was that you couldn't view the files in repositories, except the README file, but that has thankfully been fixed.

Unfortunately, while the iOS GitHub app has a nice two-column interface for iPads, the Android app doesn't scale up to tablets very well at all. I realize there's not much of an incentive to create tablet-designed apps when Google itself can't be bothered, but it's still disappointing. 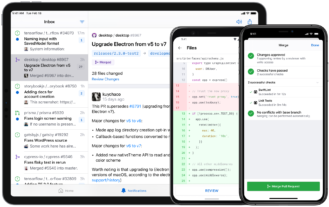 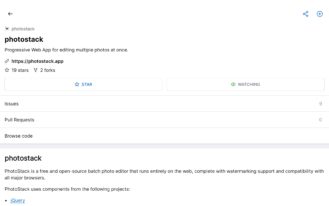 You can download GitHub for free from the Play Store below. It's also available on the Apple App Store.