Google Pay's new power menu quick access interface has been in the making for a long time and finally became official as part of the March Pixel feature drop. Thus, we've been using the quick wallet for a few weeks already, but we've only recently been pointed to another interesting new UI hiding behind the rightmost "View all" entry. When you enter Google Pay that way, you're greeted by a bottom-bar-less design that shows you both your payment methods and your loyalty cards in a one-page layout.

The interface is provided by the Play Services, not Google Pay itself. You can see that by tapping and holding the app icon in the multitasking overview. The UI isn't a full-fledged alternative to Google Pay's regular design, though. A floating plus button lets you add new payment methods but no loyalty cards, and you can't change your default credit card right there — to do that, you have to head to payment methods through the hamburger menu. There, you also have access to your activity and settings. 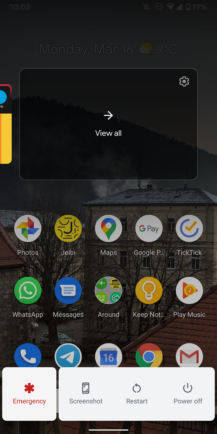 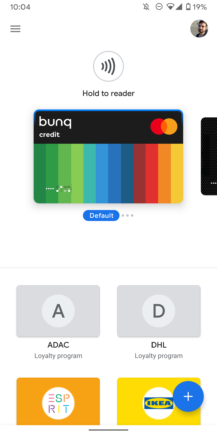 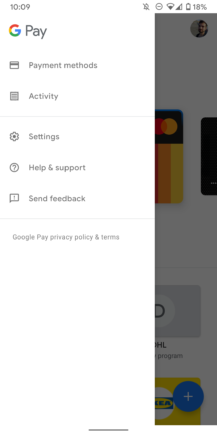 At the moment, the activity also seems a little unstable. When I first entered it through the "View all" entry, it didn't show me any of my payment methods and wanted me to set up everything again. That only changed after force-closing and reopening the interface.

It's unclear why Google has decided to create a whole new interface only accessible via the power menu, but I definitely wouldn't mind it as a replacement for Pay's regular UI. It's convenient to have access to both payment and loyalty cards on one screen without having to switch between multiple layers of the app during checkout.