The Momentum True Wireless 2 come with 7mm dynamic drivers, which produce excellent audio with deep basses. In his review of the buds' first version, Scott was impressed with their audio quality, so there's no doubt these will also sound great, especially now that they can cancel out surrounding noise. You'll even be able to customize the settings according to your taste using the mobile app, for a fully immersive experience.

Like most competitors, the Transparent Hearing feature lets you hear surrounding noise whenever you need to, preventing you from taking the buds out of your ears. Thankfully, if you do decide to remove them, they will automatically pause audio playback and resume when you place them back in your ears. 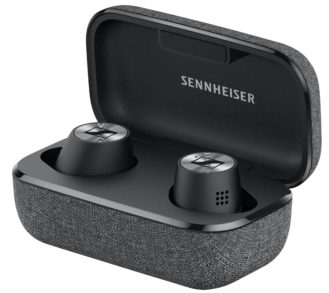 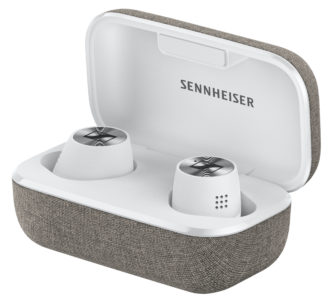 Another advancement compared to the first generation is the improved battery life, which can now offer up to seven hours of playback time, and up to 28 with the charging case, which is quite impressive. However, you probably won't achieve these figures with ANC on, as this feature will use more energy.

On a more technical aspect, the Momentum True Wireless 2 support Bluetooth 5.1, AAC, and AptX standards, and come with an IPX4 rating, which makes them splash resistant. Unfortunately, there's no support for wireless charging, but you'll be able to fill the case up using a USB-C cable.

The buds will be available in April for $299 in black. A white variant with a matching fabric charging case will also be released at a later stage.