It's been a bedraggling week of news about a global infectious disease and it looks like there'll be more of it to come soon. So, while we're still together on this overloaded crowd of circuitry called the internet and while I still have my job, let's talk about some people who have come together in a Zoom conference room to drink and commiserate.

One of the countries that has struggled with containment of the novel coronavirus is Japan. Just as with everywhere else, mass gatherings have either been canceled or postponed, extra sanitation measures are in place, and individuals are being urged to take extraordinary precaution with their personal hygiene. For many people, that means working from home and not going outside. Companies are leaning into videoconferencing clients like Hangouts Meet or Zoom to conduct meetings, but there's a growing trend of using them to host online drinking parties. 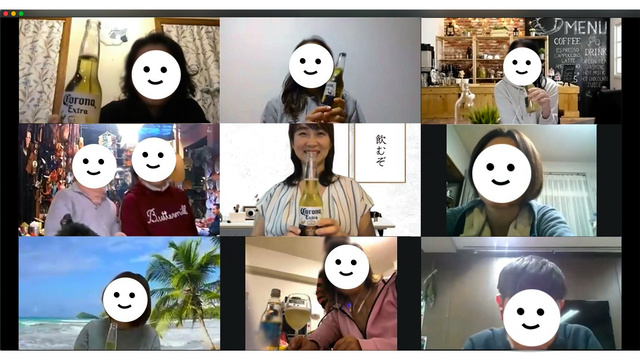 An Asahi Shimbun reporter caught up with a group of eight women working from home as they gathered around their webcams for happy hour drinks. Ayumi Nonaka, a web designer, has played host to several parties since the start of the COVID-19 outbreak. She's been cooped up in her home for 3 weeks and has written about how her routines around exercise and her children have been affected. As other working moms began posting comments, she decided to use her company's conferencing client for the sake of connecting with people like her.

In honor of Ayumi and the other people who are probably going to be drinking via FaceTime or WhatsApp or even just watching ASMR, gaming, or mukbang livestreams for the next... however long this will be, we're bringing back the Android Police Podcast for one night only starting at 5 p.m. PDT on twitch.tv/androidpolice. Yes, we'll have drinks and we'll have guests who bring drinks, too. Be there.