Dark mode is definitely the feature your software needs to have these days, and what better timing than releasing it in time for Halloween? Microsoft's OneDrive is the company's latest app to get the treatment, following in Outlook's footsteps. 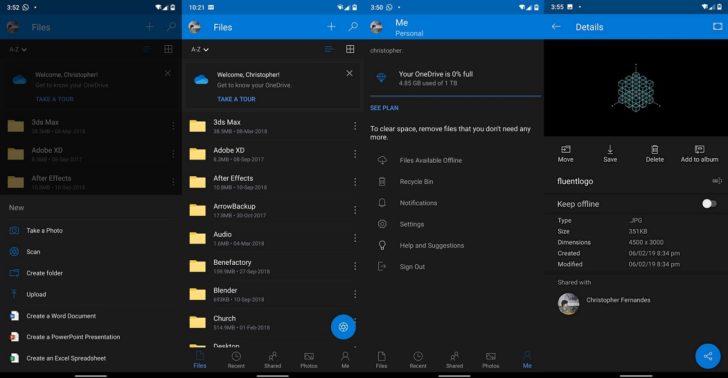 The new theme applies to all of the app's screens, including the browser, menus, photos, and file details. Instead of using its own toggle like some apps, OneDrive relies on Android's system-wide settings instead, meaning you'll have to go full-dark for it to work. This choice is also somewhat questionable, as most devices will need to run Android 10 to get the new mode.

The feature is not widely available yet, but it's started showing up for some users on build 5.41.2. We'll keep you posted as we learn more about the new mode's wider release, which is probably being deployed through a server-side switch.

Live for everyone on the beta 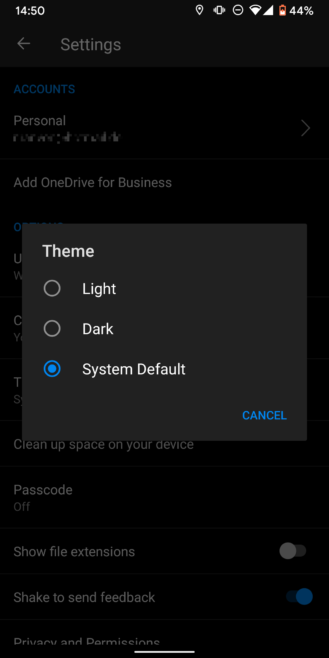 OneDrive's dark mode was only deployed via a server-side switch previously, but it looks like Microsoft is confident enough in the new theme that it has started baking it into the current beta of the app, version 6.0, for everyone. When you head to this release's settings, you'll notice a new entry that lets you decide which color scheme to use or whether or not to follow the system theme. You can get the beta by signing up as a tester on the Play Store or by downloading it from APK Mirror.

As of today, dark mode is exiting beta and rolling out to everyone in the stable channel. As always, you can wait for the update to reach you on the Play Store, or you can grab it right now on APK Mirror. Below is the official changelog from Microsoft:

WHAT'S NEW
In the eternal struggle between light and dark, we’re proud to announce that this release of OneDrive finally brings balance to the force: you can now enjoy Dark Theme and an epic new set of Microsoft Fluent icons throughout the app.
Photo enthusiasts that sign in with a consumer Microsoft account can now enjoy memories of years past: just visit your Photos tab to relive photos taken in previous years on this same day.

EU hopes to bring 'right to repair' to phones, tablets, and laptops