Thanks to Google's pioneering role in image processing, Pixel phones are among the best when it comes to photography. That doesn't translate to video recordings, though, which are noticeably worse than the ones you can create with, say, an iPhone. Google has also chosen to limit 4K recording to 30 fps on the Pixel 4, citing a lack of interest from users, despite other manufacturers providing 4K 60fps without problems. It looks like the company might reconsider this decision, as evidence in a leaked Google Camera APK has surfaced that it might be working on a 4K 60fps mode.

Our colleagues at XDA Developers managed to get their hands on the unreleased Google Camera 7.4, which they have obtained from the maker of the Pixel 4a leak video we saw a few days ago. In its code, a class has surfaced that promises a new "camcorder.4k60fps" mode. The evidence is still pretty thin, though — the capability isn't mentioned in any other asset or resource, and it's unclear which Pixel phone might receive it. 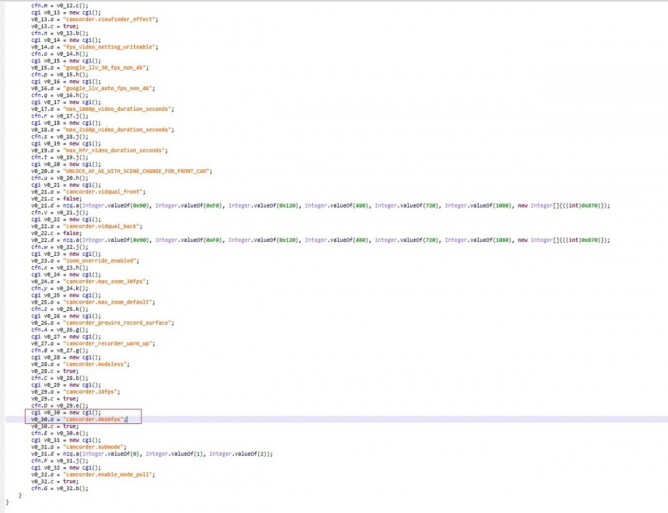 Google initially stated that it didn't want to support 4K 60fps recordings on the Pixel 4 because only a minority of users even used 4K, but since then, a more objective reason has surfaced. As explained by Mishaal Rahman, the Pixel 4 doesn't have enough bandwidth to poll from both of its cameras at once when recording in that mode, which is why Google may have decided to forgo 60fps altogether. The solution seems simple enough, though: While recording in the high frame rate, the software could pull its data from one camera only as that requires less bandwidth.

It would certainly make sense for Google to explore this route on the Pixel 4 for a future feature drop, but there's also a slight chance that we might be looking at a Pixel 4a exclusive since it looks like that phone has only one camera on its back. If it has the same sensor and processing unit as the Pixel 4, the handset should have enough bandwidth to support such a mode as it doesn't have to poll data from two cameras at all. Google could also save the feature for its next flagship, though. Only time will tell.

Huawei's US trade ban gets delayed (again) to May 15