In all, 20 phones are currently planned to see Android 10, though dates vary. The first batch of six devices, which includes the Nokia 6.1, Nokia 8.1, and Nokia 9 PureView, have received their OTAs before the end of the year. With the revised announcement from March 11, the timeframes for other phones have shifted around slightly, but we do get three new devices on the list: the Nokia 2.3, Nokia 6.2, and Nokia 7.2.

Here's the full list of Nokia phones to get Android 10, sorted by deadline:

"We were the fastest manufacturer to upgrade from Android Oreo to Android Pie across the range," HMD Global's Chief Product Officer Juho Sarvikas said as part of the original announcement. "And with today’s roll out plan we look set to do it even faster for Android Pie to Android 10 upgrades." 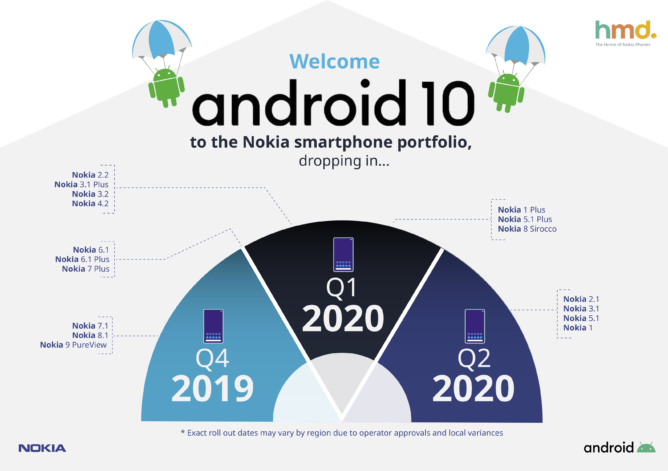 HMD Global/Nokia extended security updates for an extra year on its earliest Android handsets, though none of them have made the cut for the Android 10 update. The company also managed to bring Android 9 Pie to almost every phone it has released, excluding the under-powered Nokia 2.

With Android 10 Go edition made official, Juho Sarvikas has clarified Nokia's plans for its Go devices. The newer 1 Plus will get it first in Q1 2020, while the older 2.1 and 1 will receive their updates in Q2 2020. 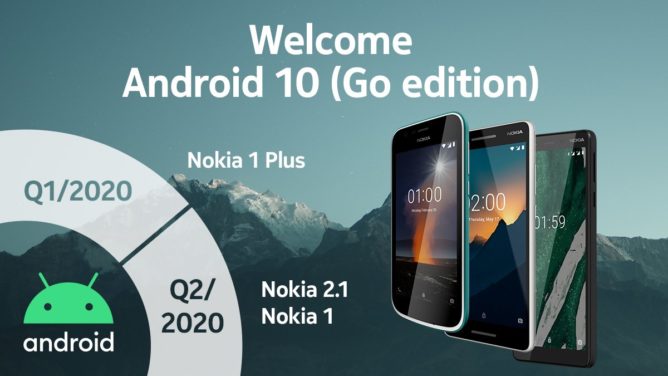 The contents of our original story from September 30, 2019, have been updated to reflect the latest information in a tweet from HMD Global Chief Product Officer Juho Sarvikas. 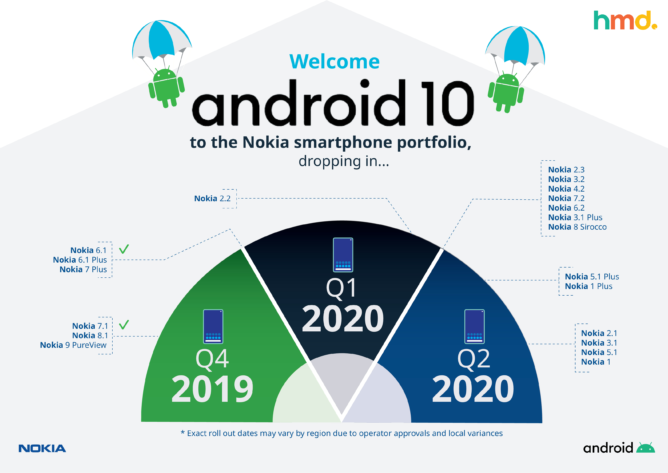