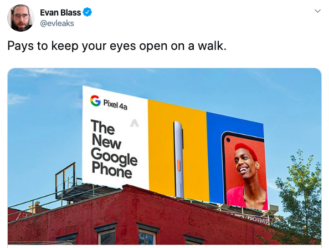 Yes, the billboard photoshop job is obviously fake. However, Evan Blass provides three different assets in the same spot, so we can assume that the content edited into the picture might in fact be real. The leak hints that there will be at least two variants of the phone since it says, "Starting at $399." That might mean that there will be two sizes, like in the past, but it might also just point to two storage variants. The latter is more probable as we haven't seen any evidence of a Pixel 4a XL at all so far. Other than that, it looks like there will be at least two color variants: A white and a black version is visible in the assets. 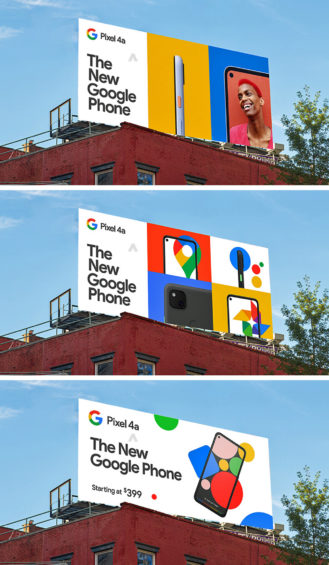 With potential pricing now revealed and many other hardware features shown off in a hands-on video, there isn't much left for Google to surprise us with. I'm still curious whether or not we'll get an XL version this year, though.