When it comes to A/B tests, Google is the de facto king. Be it chat apps, social networks, or email, Google loves to place multiple products into a virtual death match, with the prize being the chance to continue existing (or, often, just die later). This strategy has in equal parts frustrated and delighted fans over the years, because it allows Google to bring innovative and interesting products to life that otherwise would be shelved for functional duplicity. And right now, a real A/B test is taking place inside Google's smartphone division, between the flagship Pixel and the budget-tier Pixel "a" series. Except, Google really seems keen on keeping the two as far apart as humanly possible, and I think that's to the serious detriment of both.

Right now, Google appears set to release the next Pixel, the 4a, late this spring or early summer (it's leaked... a lot). That would put it around six months after the release of the Pixel 4, Google's current flagship. That means when the Pixel 4a launches, it will be spaced about as far as possible away from both that phone and the upcoming Pixel 5, affording Google's top-tier handsets the maximum amount of distance from the sales-cannibalizing effects of the cheaper 4a. The reasoning here is self-apparent: if the 4a was launched too soon after the 4, consumers who would otherwise opt for the more expensive phone might decide on the cheaper one, which is doubtless substantially less profitable. If the 4a was launched too close to the Pixel 5, consumers who would have otherwise upgraded could choose the 4a instead.

The Google I've known for the last 20-plus years is one that is, at times, almost comically unafraid to fail.

From a sales perspective, Google's strategy makes sense. It wants to protect its more profitable products while also still being able to provide another that caters to a segment further downmarket. The logic is straightforward. But I think that logic is deeply un-Google, and comes from a company that has perhaps lost its way a bit. The Google I've known for the last 20-plus years is one that is, at times, almost comically unafraid to fail. Project Loon, an effort to bring internet to remote corners of the world via balloon, is straight up ridiculous. Its Daydream VR platform fizzled and died. And, you know what: just go to the Google Graveyard. I don't need to recite the record ad nauseam in this post, we all know Google comes up with ideas and then kills them. It's a thing. 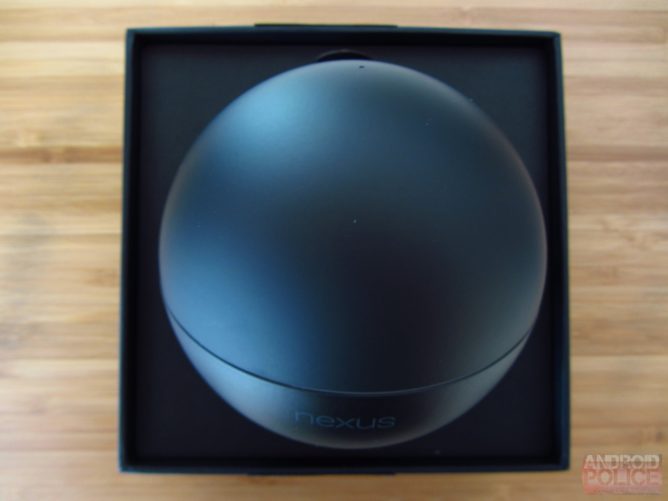 Google launched then almost immediately cancelled the Nexus Q, a multimedia streaming hub, in 2012. At the same time, it also was supporting Google TV. A year later, it launched Chromecast. A year after that, Google TV was killed, and Android TV was launched. This is not a company afraid of redundancy.

But with the Pixel, Google seems to be doing something that I think flies in the face of that (admittedly, at times, self destructive) Darwinian approach to products: it's trying to let two different efforts coexist, and is placing artificial selective pressure on them in order to do so. In support of this assertion, I offer a few observations. First, there is no technical reason the Pixel 4a has to come after the 4; it will use an old chipset and the same basic software. If anything, developing the phones side by side probably would eliminate some significant redundancies. Second, the length of the window between the phones is clearly a result of deliberate roadmapping, and not any major logistical challenge. Phone manufacturers the world over launch handsets year round at a breathtaking pace, and Google is partnered with the world's largest OEM (Foxconn) for manufacturing on the Pixel. Foxconn can absolutely take on two phones at once. Third, unlike high-end devices, there is no strong "seasonality" effect on budget smartphones, at least in America. New products are launching constantly at many tiers, and Google's core market (the US) doesn't have a strong mid-range segment to begin with. Google is competing with a bunch of also-rans like Moto and Nokia. The Pixel 4a could launch any time of the year, it really doesn't matter.

If it turns out people don't actually want a $900 smartphone when presented with a $500 one that is mostly as good, why not capitalize on that discovery?

All of this leads me to believe that the only reason Google has bifurcated its phones launches is a fear inside its business unit that, when confronted with both options, people might decide they don't actually need a $900 smartphone, and that a $500 one is just fine. But this is exactly the democratic, pro-consumer experiment I would expect a company like Google to champion. Let people tell you which product they want, and plan the next ones accordingly. If it turns out people don't actually want a $900 smartphone when presented with a $500 one that is mostly as good, why not capitalize on that discovery? But Google seems to have drawn up a roadmap that is designed explicitly to avoid confronting this scenario, and I think it's to the detriment of the Pixel unit at large. If Google were to let the two Pixel lineups duke it out, as it were, I believe there's a real chance they could be more disruptive in the market. There are valuable insights to be gained in what factors consumers weigh when choosing between a more "entry level" and "premium" segment product—insights that could very substantially alter the direction and approach Google would take to building its phones.

As things stand now, the Pixel and Pixel a-series seem more at odds than complimentary. They're two different expressions of a similar idea; not a progression of it. A unified launch would force Google to ask harder questions about this relationship, and particularly of its premium product: what really adds value to a phone? What do consumers truly care about? How can we make a premium phone feel meaningfully different? Right now, the Pixel team is able to sidestep too many awkward conversations by simply saying "well, the premium Pixel gets it first." First-as-premium is perhaps one of the weakest ways to organize your product portfolio, especially when consumers get wise to the fact that you're just going to release something cheaper that does most of the same things six months down the line. I personally haven't told anyone to buy the Pixel 4: I've suggested that, if they want a Pixel, they should wait for the 4a. And I imagine I'm not the only one to do so.

Google will release a 2nd-gen Chromecast Ultra with Android TV this year, according to report