Mozilla has been working on a brand-new version of Firefox for Android for a long time now, and it looks like the company is doing its best to get the pre-release software ready for the stable launch. The latest version of Firefox Preview, 4.0.0, adds comfort features such as top sites, Mozilla's password manager, and an in-app language switcher.

Top sites sit right below the Firefox Preview logo at the top of a new tab. You can add more favorites to the section via the three-dot overflow menu. The password manager really shines when you use it in conjunction with a Firefox account, as you can sync your logins across your devices that way. You can't use the browser to autofill credentials in other apps, though. 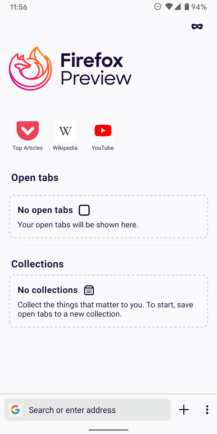 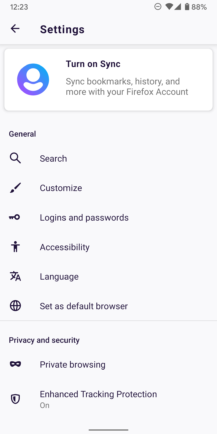 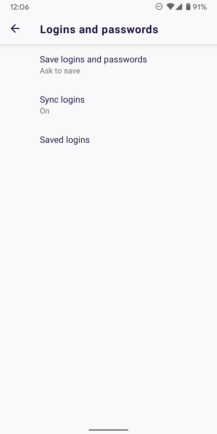 Some bugs have also been fixed: Persistent undo notifications shouldn't bother you anymore, and the browser can now bypass certificate errors. On the add-on front, not too much has changed, though — Firefox still only works with uBlock Origin, and it might not even launch to stable with full extension support. An in-app language switcher has been promised to come with this version, too, but it's only available in Firefox Nightly at the moment.

All features described here are live in Firefox Nightly on the Play Store, too, though the more stable Firefox Preview hasn't been updated there just yet. For now, you can only download version 4.0.0 straight from Mozilla's Github repository.

Just can't wait any longer for your update to arrive? We feel your pain, and are here to help: Firefox Preview 4.0.0 is available now for installation via APK Mirror.