YouTube Music has finally gained a Google Play Music feature that many people have been asking for: music uploads. However, it isn't a 1:1 port of GPM's workflow. There are some substantial differences between the two platforms, and the experience on YouTube Music feels unfinished at the moment. With GPM's inevitable sunset in mind, Google wants to offer an automated solution that lets you migrate your Play Music uploads over to YT Music at a later time, but if you consider making the switch right now (and are okay with re-uploading), there are some things you should keep in mind.

Google Play Music and YouTube Music both let you upload music by dragging and dropping files and folders onto their web interfaces. Play Music used to have a desktop helper and a Chrome app that looked for new audio files in a specified folder and uploaded these automatically, but the service has been feeling rather broken over the last few years for many people. We asked Google whether it would come for YouTube Music and were told that the developers "currently don't have any plans" to support it — don't hold your breath. 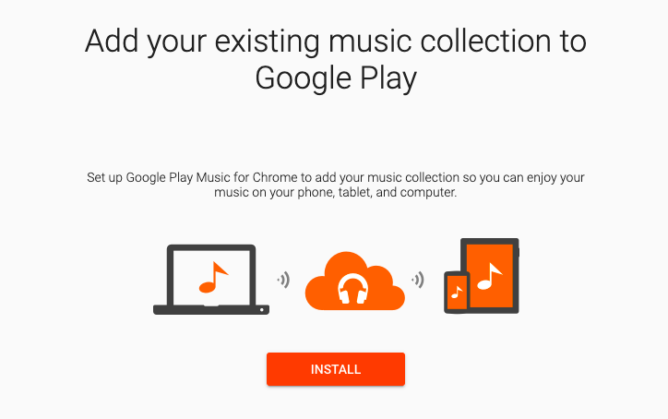 It's likely that neither the Chrome app nor the desktop upload helper will come to YouTube Music.

Before you upload your files, you should also make sure they're in a supported format: FLAC, M4A, MP3, OGG, or WMA. Google Play Music, in contrast, additionally supports M4Ps — DRM-protected AAC files. If YouTube Music runs into any issues during the upload process, it will send you an email stating as much, which I've never seen GPM do. It includes a list of all files that haven't been added to it, so you can try uploading those again.

In contrast to Google Play Music, YouTube Music uploads are a one-way street. Once you've imported files, there's no way to download them — you don't want to use YT Music as a backup solution. Google Play Music lets you download your files, although there's a limit of two downloads per title when you don't use the (broken, seemingly deprecated) Play Music web app.

Google Play Music has a pesky limit of ten active devices that doesn't only include your mobile devices but also any desktop computer you've ever used for uploads and unlimited downloads of music. The corresponding settings page says, "Uploading or downloading music using Music Manager or Google Play Music for Chrome counts towards your device limit." This doesn't seem to be the case for YouTube Music — at least I couldn't find any evidence in the service's settings.

If you're a premium subscriber, titles uploaded to Google Play Music behave just like those available for streaming — when you search for an artist or an album, your own files will pop up right between results from Google's library. If you upload music already available on the platform, Google will try its best to match them to avoid showing duplicates (which it's arguably not too good at). 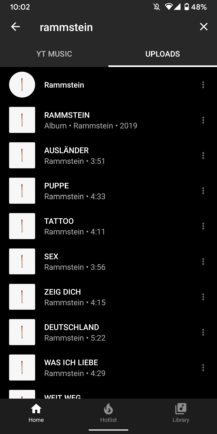 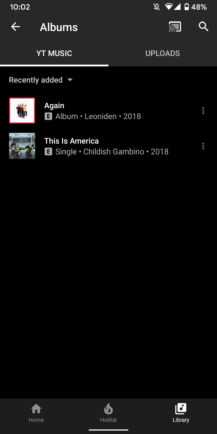 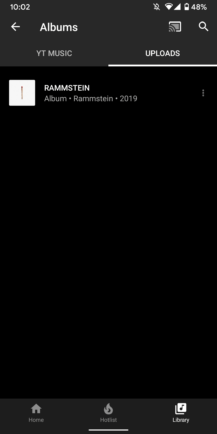 With YouTube Music, the situation is different. Uploaded music gets its own section in the app that's sealed off from audio available through the streaming service. When you search for music, you'll see two tabs: YT Music and Uploads. If you have a huge library of titles not available on the streaming service, you might find yourself swiping between these tabs constantly to find the music you're searching for.

This theme of separation continues in the Library section. Whether you head to Songs, albums, or artists, you'll see the tabbed interface that segregates your uploads from the streaming service's titles you've added to your library. The only places where your files can live alongside YT Music's are the queue and playlists, including the automatic Liked songs collection.

Ultimately, this access comparison comes down to preference: Once you're aware of the differences, you could even end up liking the new system more than Google Play Music's.

You can still add your own files to both services even if you're not subscribed to Google's music streaming plan. On Play Music, you only have access to uploads. You can also play music from Google's library, but you're limited to starting mixes — you can't choose specific songs. YouTube Music, on the other hand, lets you choose which songs to play as long as the app is active and your display turned on. You'll also run into ads when you listen to music other than your own.

Google Play Music lets you edit your files' metadata after uploading, allowing you to correct a misspelled title or interpret. The feature is not supported by YouTube Music, and we don't know if it's planned at all. It would be a nice addition, but don't hold your breath.

Play Music lets you play your uploaded files on Google Home just like any other song, by saying "Hey Google, play [desired title]." In contrast to music available via the streaming service, uploaded songs won't be followed by an automatic mix of similar titles, but those are about all the disadvantages there are.

YouTube Music, on the other hand, doesn't let you access your uploaded files via a Google Home voice command at all. Instead, it will play the video version if available. The same happens when you try to play music through the Assistant on your phone. You might not notice that most of the time, but some music videos include longer non-music audio snippets, like Michael Jackson's Thriller. You'll need to use the YouTube Music app's casting capabilities to play your own songs. 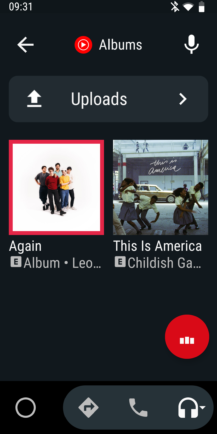 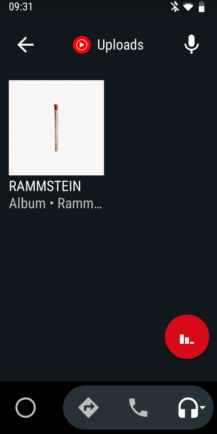 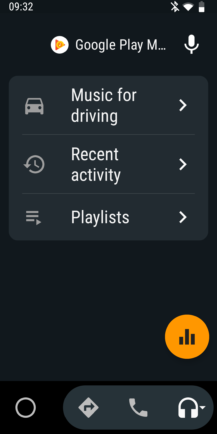 On Android Auto, you can access your uploads just like you would in the app or on the website: Choose a category like Albums and then head to Uploads. There, you'll see everything you've added to YT Music. That's still better than Google Play Music — its Android Auto interface only gives you access to Music for Driving playlists, Recent activity, and playlists. You can play other songs by asking the Assistant for the title, but there's no visual way around your library. 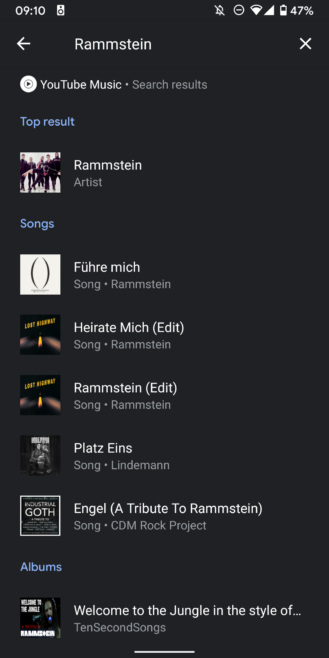 Left: Subscription necessary for alarms. Right: No results for my uploaded Rammstein album.

To use YouTube Music content for your alarms, you need to subscribe to the service's premium plan. Even when you do that, you can't use your own files for alarms at the moment — searching for my uploaded Rammstein album didn't return any results. We don't know if this feature will come later. Meanwhile, Play Music doesn't support Android's alarm app at all, so it's something.

With most people using streaming services over building their own collection these days, it's not surprising that YouTube Music doesn't feature full-fledged uploading support. It would have been nice to see it, but the number of people using them probably doesn't justify the development work that would need to be put behind it. After all, Spotify has never supported it and is still widely successful. If you want a more Play Music-like experience, you could check out Apple Music or Deezer, though the latter only lets you upload 2,000 songs. Apple Music is on-par with YouTube and allows you to store 100,000 files of your own. If you only need access to music you own, Plex could also be another interesting solution.