Shortly after the Pixel 4 began making its way into users' hands, people started noticing an important oversight. The phone's Face Unlock could be used even when your eyes are closed, so if someone wanted to abuse this "security method," they could wait for you to be asleep (or dead, in a more tragic turn of events) and easily unlock your phone. Google said it was working on a setting to require your eyes to be open, but it hadn't showed up until now.

The option can be uncovered if you search for "eyes" in your Pixel 4's settings. Beside the obvious name, Require eyes to be open, there's a small explanation that says your eyes must be open to unlock the phone.

Left: Setting found through search. Right: It's not live though.

Unfortunately, tapping it takes you to the regular Face unlock screen, where the setting is still nowhere to be found. You may recall from early Pixel 4 leaks that this same setting and description were there, but Google removed them before the phone's official launch. 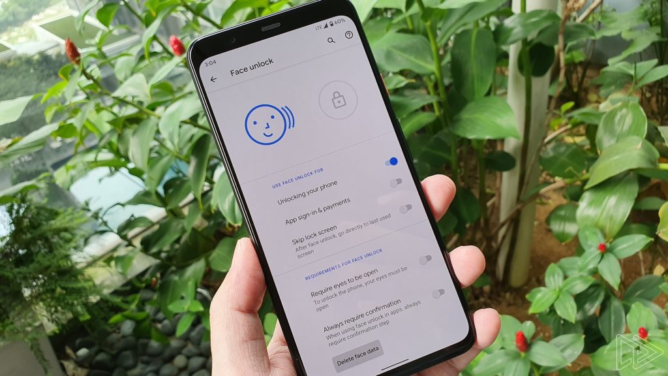 The setting was seen in the first Pixel 4 leaks. Image: NextRift.

We've already had several monthly patches and two major Feature Drops for the Pixel 4, and yet that option is still not live. Seeing it rear its head cautiously in the settings should be a good sign, but for now, we're waiting. There might be a way to trigger it with ADB, but I'm not equipped to tinker with that so I can't verify it.