Unlike the Samsung Galaxy S20 Ultra, Oppo lets you set the refresh rate to 120Hz at the highest resolution which should make for a viewing experience like no other on the market right now. On the rear, both phones have a triple camera system headed up by 48MP main sensors and periscope telephoto cameras, although different hardware is used in each. Camera features such as Ultra Night Mode, Ultra Steady Video (4k, 60fps), and 10x hybrid zoom promise stellar imaging performance. 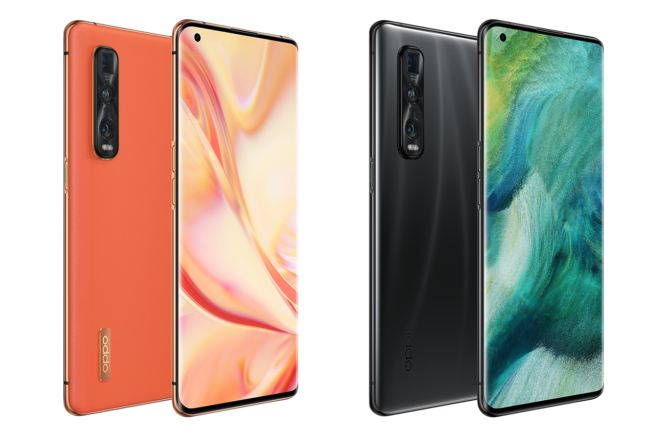 Battery capacities start at 4,200mAh are complemented by insane 65W Super VOOC fast charging — Oppo says this can fully charge the X2 Pro in just 38 minutes. Both phones are capable of SA/NSA dual-mode 5G thanks to the Snapdragon X55 modem, so they're ready to take advantage of next-gen mobile networks. With 12GB of RAM and at least 256GB of UFS 3.0 storage, the hardware should have no trouble handling whatever you throw at it. ColorOS 7.1 is based on Android 10, and by all accounts, it looks as though Oppo's skin has really matured with its latest iteration.

At a separate event held in China, Oppo also took the wraps of its first smartwatch, simply called Oppo Watch. The minimal branding matches the minimal styling that's clearly reminiscent of Apple's wearable, and we can only hope that it performs even half as well. It doesn't use Wear OS, but rather Oppo's own Android-based operating system, so that's an intriguing prospect. It sports a 1.91-inch AMOLED screen and an aluminum frame, while the usual host of activity tracking features are also on-board. Battery life is said to be 40 hours and it's water-resistant to 50m. It'll go on sale in China this month before coming to other markets in due course. Pricing starts at 1,499 CNY for the 41mm model, which is around $215. 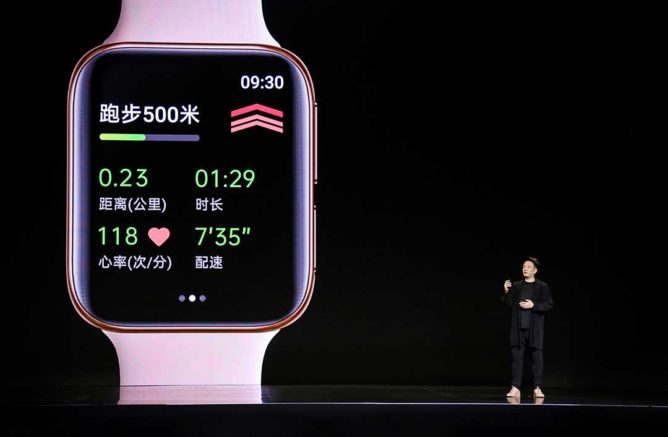