Since Natsume didn't bother to upload a mobile trailer for Harvest Moon: Mad Dash, I've linked the console trailer above so that people can get an idea of what this casual puzzler has to offer. First and foremost, the game provides a clear Harvest Moon theme, where players are tasked with combining squares of matching crops to clear the playfield as quickly as possible. It's a simple setup, and it's level-based where earning three stars in each stage is the ultimate goal, just as you expect from any mobile game.

Unlike most mobile titles, Natsume has actually released Harvest Moon: Mad Dash as a premium game. This means you can pick it up today for $4.99, and there are no in-app purchases or advertisements included. Sadly it would appear that physical controller support is completely absent. Luckily the touch controls work well enough, but they're just not as precise as a controller would be.

Back when Harvest Moon: Mad Dash was released on consoles and PC, the game did not receive many positive reviews, mostly because gamers on those platforms aren't very keen on paying $20 for what is clearly a casual mobile game. Now that the title has arrived on the Play Store for $4.99, it's much easier to recommend. Sure, it's a casual puzzle game that doesn't offer much depth, but it does provide cute graphics, enjoyable (albeit simple) gameplay, and it's finally available at a fair price. So if this sounds good to you, feel free to pick up Harvest Moon: Mad Dash through the Play Store widget linked below. 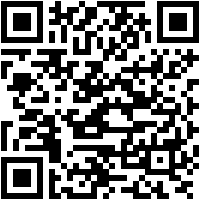