Satellite phones are great and all, but what if you want to send text messages from remote locations? Toronto-based tech company Zoleo believes it has the solution: a large device of the same name that connects to your smartphone, granting you the ability to send and receive messages with hundreds of characters from anywhere on Earth.

The Zoleo device, which slightly resembles a Simon game, connects to satellites in orbit and relays data to your smartphone via Bluetooth. Once you install the accompanying app (it's available on both Android and iOS), you'll be able to receive text messages anywhere in the world. The device owner can be contacted using a dedicated SMS number or email address.

As you might expect, the price of entry is rather high: the Zoleo costs $200 on its own, and you have to subscribe to a monthly service plan to actually send and receive messages. Monthly plans range from $20/mo with 25 messages included to $50/mo for unlimited access. That's cheaper than most satellite phone options, where devices can go for $500-1,000 and service plans typically cost around $50, but still a lot to pay if you're not frequently on the edge of civilization. 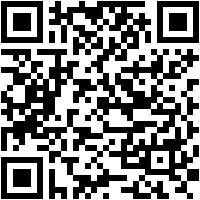