Do you have a killer software idea that would be perfect for the next OnePlus device? The Chinese phone manufacturer has announced its new Ideas initiative that taps into the OnePlus community to uncover the next big OxygenOS feature. Through this program, members can submit their software ideas to a public wishlist, vote on their favorites, and help bring them to life.

The Ideas campaign runs from March 5 through April 30. Every two weeks, the top 5 most-liked software ideas will be reviewed and considered by the OnePlus OxygenOS team. After four rounds, the creators of any "Adopted Ideas" will receive a VIP ticket with one-night round trip accommodations to an upcoming OnePlus event, a pair of OnePlus Bullets Wireless 2 earbuds, and special community rewards. 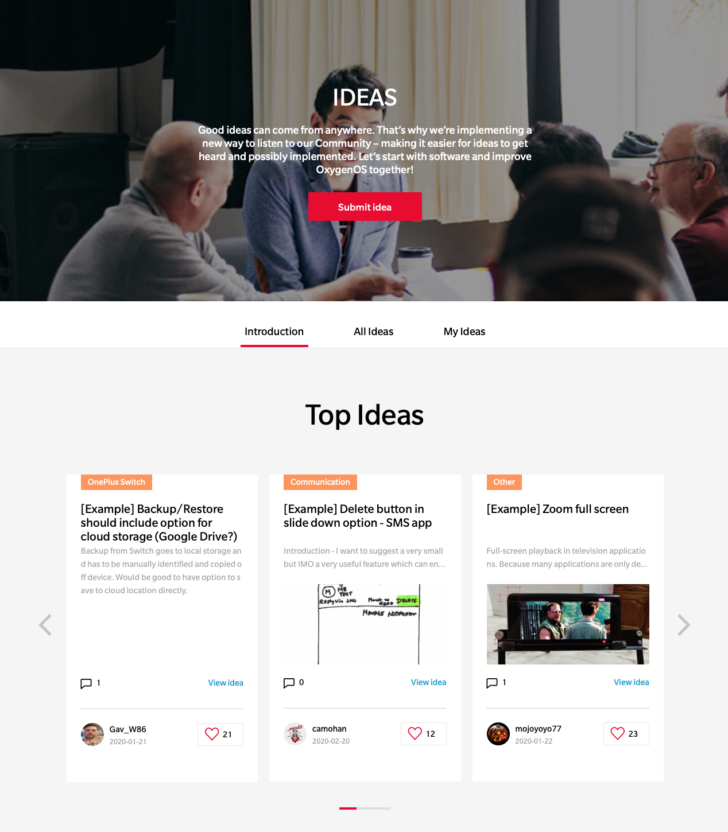 There are already a number of public feedback tools available today — UserVoice, HelloNext, Upvoty, just to name a few. Unlike these third-party services, however, OnePlus Ideas is directly owned and operated by the OEM. In order to submit an idea or vote for your favorites, you will need to have a OnePlus community account.

If you'd like to take part in this campaign, head on over to the official Ideas page where you can view proposed features, cast your vote, and even submit your own. OnePlus is only accepting software suggestions right now. Remember, you only have until April 30 to participate.