Raw Fury has announced that its Metroidvania title Dandara has received a large content update today, and it's live on the Play Store. This update comes to the game free of charge, so if you already own the title, all you have to do is update it through the Play Store to see what's new. We already know that today's update brings with it new content to explore that's part of The Hidden Realms (which consists of three new areas), as well as a new boss fight, new powers, mechanics, and a new secret ending. New in-game descriptions, dialogues, and cutscenes have also been added to flesh out the game's story. So as you can see, the newly released Trials of Fear Edition offers some significant enhancements.

If you'd like to take a closer look at what you can expect from Dandara: Trials of Fear Edition, the above trailer shows off a good bit of gameplay. Like most Metroidvanias you will traverse a vast and detailed world filled with puzzles to solve and power-ups to equip. Like any game in this genre these powerups will be useful for gaining access to new areas that were previously unreachable. But it's not like this stuff is unknown, since the game was originally released in 2018, which is why today's update comes as a surprise. The last I heard about the game was that it was coming to the Switch as an enhanced version, and luckily the devs have released this update on the same day for all platforms.

Of course, if you're interested in the full changelog, Raw Fury has been kind enough to post one on their site, which I've pasted below for everyone's convenience.

Trials of Fear is a new content expansion for Dandara and it comes as a free update to all existing owners of the original game. It includes the following new content, features and improvements:

Following the initial launch of Dandara, new features were released through patches that players might have missed. These are still part of the Trials of Fear Edition, alongside new ones, including:

There you have it. Raw Fury's stylish Metroidvania Dandara has received a massive update across all platforms today, including Android. Better yet, the game is currently on sale on the Play Store, so if you've yet to pick up the title, today's the day to do so since you can grab it right now for $2.49, and yes, this is a premium release, so you won't have to worry about any advertisements or in-app purchases. So if this sounds good to you, feel free to purchase Dandara: Trials of Fear Edition through the Play Store widget linked below. 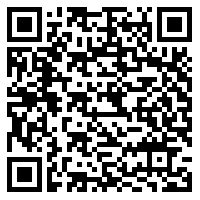 T-Mobile is notifying some customers it suffered (another) data breach, financial data may be ...